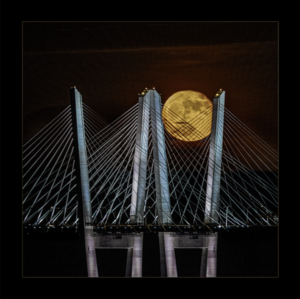 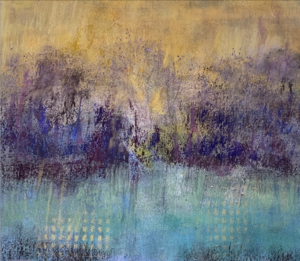 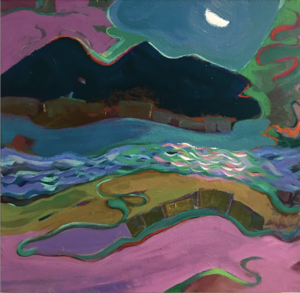 Fairfield, CT - The Bruce S. Kershner Gallery in the Fairfield Public Library invites the public to a reception for “Moon Dance”, artwork by Ronnie Gold, Steven Labkoff and Marjorie Sopkin on Thursday, February 23 at 5:30 to 7:30 pm. They will talk about their work at 6:00 pm. The show can be seen from February 18 to April 15 during library hours. 1080 Old Post Road in Fairfield.

Ronnie Gold attended the High School of Art and Design, received a BFA from University of Colorado and attended Tyler School of Art in Rome. A resident of North Stamford, Ronnie has been a member of Rowayton Art Center, Greenwich Art Society, Silvermine Guild, Connecticut Pastel Society and the Red Rock Nevada Pastel Society, and now the Pastel Society of America. Her work has won many awards, including the Faber Birren National Color Award.
After a successful career designing home decorative fabrics, she turned to painting full time about 6 years ago. A recent trip to Croatia exemplified a multitude of inspiration for her most recent works..Not having the constraints of fashion or market dictates, she uses pastels and paint to create her art in an abstract expressionist style. She states, “I recently have been drawn to organic forms from nature, such as rock formations, minerals and sea creatures as inspiration for my work. I start with a photo or two taken on my travels and choose my color palette. I generally begin with an underpainting of fluid acrylics or watercolors and then sometimes add surface texture to the substrate with clear gesso. I begin with brushstrokes of a few colors, not really knowing where I end up as I get lost in the process of building up the surface.”

Steven Labkoff is a physician and award-winning Master Photographer based in Stamford, Connecticut. Since the age of nine, he has captured life as it happens through his lens.  His goal is to provide a point of view on a subject that the viewer might not otherwise be able to see on their own.  His photographic works include astro-, aerial-, time lapse, and macrophotography.  He has a special affinity to moonrise and other night photography subjects such as the Aurora Borealis and cityscapes.

Marjorie Sopkin attended the Hartford Art School and Tyler School of Art where she spent a year in Rome and received her BFA. After college she exhibited in New York and throughout New England before embarking on a successful 30-year career in graphic design. She eventually opened her own award-winning studio, Sopkin Design and had many long-standing clients including Yale-New Haven Hospital .

In 2015,  Marjorie returned to painting full-time. She is affiliated with The Painting Center in New York City and with many art associations. Her work is in private and corporate collections throughout this country and in London, and India.

Marjorie states, "Teetering between reality and fantasy, my work happens fluidly. I rarely plan, but rather go where the moment takes me. Oftentimes the result is a landscape. Witnessing cloud movement, light, and reflections is sublime. An eye on the horizon is grounding and often surreal and has had a continual presence in my work. The ever-changing colors, atmospheric subtleties and textural qualities in the sky, sea and earth supply unending inspiration that I present through my own imaginary lens. While my current work is somewhat devoid of figurative elements, for me, the floating shapes represent all living organisms, moving through time and space... Our differences make us unique and recognizable, but we all start out as a single cell. Forever an optimist, my intent is to paint scenes of my own invention, depicting a world where peace and camaraderie exist, and the ‘live and let live’ philosophy that is all too often missing in these troubled times, prevails."