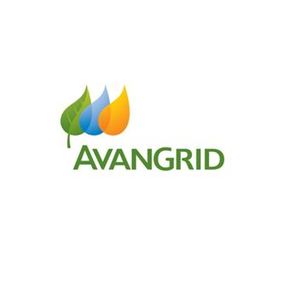 The initiative, known as the Connecticut Hydrogen and Electric Automobile Purchase Rebate (CHEAPR) program, provides direct financial incentives up to $5,000 for state residents who purchase or lease a new zero-emission vehicle. It was launched in 2015 by Gov. Dannel P. Malloy.

Commissioner Rob Klee of the Connecticut Department of Energy and Environmental Protection announced the funding Friday, at the opening of the Connecticut International Auto Show in Hartford, where non-polluting electric and hydrogen vehicles were on prominent display.

“CHEAPR reduces the cost of electric vehicles at the point of sale, directly benefiting Connecticut consumers who may not have otherwise considered this technology,” Klee said. “It will also help Connecticut meet its goals as part of an eight-state effort to put 3.3 million zero emission vehicles on the road by 2025 — driving down harmful carbon emissions linked to climate change, reducing conventional pollutants that threaten public health, and helping cut costs for motorists.”

Orange, Connecticut-based AVANGRID provided the funding as part of a broader commitment to support energy efficiency, renewable generation, energy storage, alternative transportation and other clean technologies in Connecticut. In addition to its regulated electric and gas companies in the Northeast, its Avangrid Renewables business owns and operates renewable generation facilities — primarily wind and solar — in 22 U.S. states, and is one of the top U.S. wind generation companies.

“As a new kind of energy company, AVANGRID is helping to build the clean energy infrastructure that will bring the benefits of transformative technologies, such as electric vehicles, to our customers’ homes and businesses,” said Anthony Marone III, president and CEO of Connecticut operations for Avangrid Networks. “We’re pleased to support programs, such as CHEAPR, that help make these technologies affordable and available to Connecticut residents.”

Since Gov. Malloy launched CHEAPR in May 2015, nearly $4.6 million in rebates have been issued or reserved for the purchase or lease of 2,135 electric vehicles in Connecticut.

Consumers purchasing EVs have the option to receive a reduction in the price of their vehicles under the CHEAPR initiative at the point-of-sale. This up-front cost reduction is critical because EVs may cost more than their conventional counterparts, and their residual value can be lower because of their rapidly evolving technology.