Details
Published on Wednesday, 30 May 2018 13:16
Written by Connecticut Boat Club 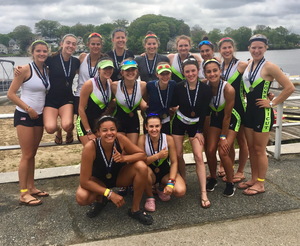 Below are the boats and athletes that medaled where ** means the boat has qualified to compete in the upcoming National Championships in Lake Natoma, CA.:

Interested in joining this amazing all girls crew team? Summer camp, which features a variety of programs and weekly options, is the best way to jump in. Learn more here: http://ctboatclub.org/summer-camps.