Five Defining Lessons from the Military for Successful Organizations 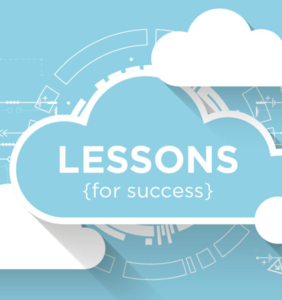 Success for organizations is the ability to meet goals in the face of adversity.  Adversity ranges from competitors, transforming consumer preferences, human talent shortages, disrupted material supply chains, political upheaval, and unprecedented weather events.  The US Military is a defining role model for organizations, from for-profit to non-profit, because of its ability to train people, leaders, and sub-organizations to learn, train, rehearse, execute and improve its operations.

The US Military Trains Personnel Through Their Entire Career.  Training for individuals new to an organization, in both business and the military, is not unique.  Any new employee, like any new soldier or sailor, starts their career with an extensive training period.  The uniqueness of the US Military begins to appear about 4 years into a military person’s career.  At the four-year mark, military personnel become junior managers, Non-Commissioned Officers (NCO), that lead small teams to carry out the daily operations of the military.   To assume their new leadership duties, military personnel attend formal schools and informal professional development to ensure their success in leadership roles.  Outside the military, it is common for individual contributors to move into a management role without any dedicated formal leadership training.  US Military leaders, from four to thirty years in service, train throughout their career.  A Chief Executive Officer (CEO) last training session may have occurred a decade ago.  A General Officer would have had their last training a few months ago.  Training in the US Military if both the foundation for excellence and the foundation for continued excellence – this is what makes the US Military special.

The US Military is A Force That Seeks to Constantly Improve Its Core Functions.  The US Military consistently trains individuals, leaders, and units to carry out missions that are ever more difficult.  The focus is on constant development and improvement of core functions that support the effective accomplishment of the US Military’s missions.  Marksmanship, the ability to shoot accurately is a core US Military function that has been transformed with new technology, training, and combat tested principles over the last decade.  Next time you are waiting to order at a busy restaurant, when was the last time that the food ordering process was transformed.  Could you place electronic tablets at tables to allow for ordering?  Could you pre-order your food?  The point is to not be angry with the wait staff, they are doing their best with a bad process, and the point to recognize is that the US Military seeks constantly to challenge, develop, test, and improve core functions that are vital to its performance.  Finally, the core measures of performance do not change.  If the new marksmanship procedures do not allow me to hit the target faster and with greater accuracy, then we go back to the drawing board.  The constant improvement of core functions or performance is a standard not an exception – this is what makes the US Military special.

The US Military Enables Constant Adaptation for Self-Transformation.  The ability of the US Military to question and transform its behavior through the “lessons learned” process, professional publications, and leader development does not have a peer in business, government, or any other organization.  In the US Military, once an operation of any size is completed both in training and in combat, the entire organization pauses in a formal process to ask, “How did we do, and how can we do better?”  The US Army’s intellectual upheaval during the conflicts in Iraq and Afghanistan centered on the pros and cons of counterinsurgency as a warfighting doctrine.  What the US Army did was extraordinary because it showed an institution trying to better adapt and understand how to fight while it was fighting.  We can discuss if the conversation was fast enough, thorough, or if it could have done at all, but the US Army had the conversation.  During IBM’s challenges in the 1990’s as it struggled to adapt to the operating system power of Microsoft and the growing generic structure of the Personal Computer (PC), there was a startling lack of internal discussion on what needed to be done.  For the US Military, the internal and external challenges of what and how we need to be as a force is extraordinary – this is what makes the US Military special.

The US Military is unique through its training, improvement in core functions, combining intelligence that drives operations, employing commander’s intent to drive initiative, and understanding that nothing is static, and transformation is a necessity, not an if.  The US Military is an unlikely challenger of the status quo.  The US Military embraces the concepts that make it great, as well as understands that internal challenge, discussions, and dissent are the norms of an organization that must constantly transform to remain great.

Chad Storlie is a retired US Army Special Forces officer, an Iraq combat veteran, and has 15 years university teaching experience as an adjunct Professor of Marketing.  He is a mid-level B2B marketing executive and a widely published author on leadership, business, data, military and technology topics.