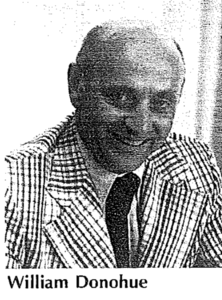 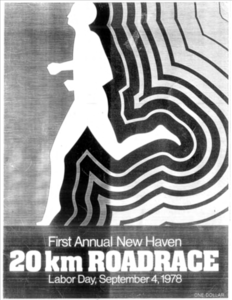 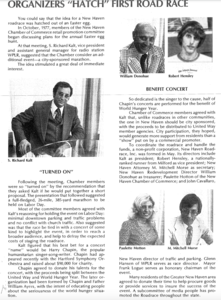 New Haven, CT - Longtime New Haven Labor Day Road Race President William T. Donohue passed away Tuesday, Aug. 25 of natural causes at age 85. Bill was one of  the race’s four original members that started the race in 1978. The inaugural 20K race had over 1,200 runners and was won by four-time Boston and New York City Marathon Champ Bill Rodgers. Donohue was President of the Board for most of the 1980s and 1990s. He remained an active board member until retiring in 2009. In recent years, Bill could be seen watching the race near the finish line.

During Bill’s tenure as President the race grew to nearly 5,000 runners and added 5K and Kid’s Run to the day’s activities. In the early 1990s, the race gained National prominence by becoming the Men’s 20K National Championship and a few years later became the Women’s 20K National Championship also. The Faxon Law New Haven Road Race is now the longest running National Championship race in the U.S. and each year a number of U.S. Olympians compete in the event.  In the last year of his presidency, Donohue held the finish line tape as the Men’s (Khalid Khannouchi) and Women’s (Colleen De Reuck) 20K World Records were set in New Haven.