Seven Business Lessons from The Blackhawk Down Raid 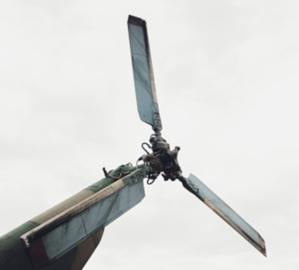 October 3rd, 1993 is a day that should always be remembered. On that date, a large US Special Operations Force (SOF) unit set about to capture a Somali warlord, Mohamed Farrah Aidid, who was causing the deaths of Somali civilians by capturing international food aid and had killed international peacekeeping forces providing security for the food relief effort.  The “routine” combat operation to capture Aidid by the SOF unit was drastically changed when one, and then two, Blackhawk helicopters were shot down in a dense urban area of Mogadishu that was swarming with militia.  The mission instantly transformed from a capture mission into a multi-pronged rescue for the pilots and aircrews that was filled with tragedy, heroism, bravery, brotherhood, and lessons for the future.

Mogadishu, Somalia on October 3rd, 1993 is a reminder for the sacrifices of the fallen and wounded US servicemen as well as the unparalleled efforts to reduce the suffering for the Somali people.  In today’s world of COVID-19, the “Blackhawk Down” raid represents telling lessons for business how an organization rapidly and successfully adjusted to a vastly challenging new normal when conditions unexpectedly changed.

Lesson #1 – The Team Is the Most Important.  As the events of October 3rd unfolded from the planned capture mission into multiple rescue missions, street fighting, medical evacuations, and resupply missions, the military personnel realized they were fighting for each other.  A SOF mission planning tenant is that “humans are more important than hardware”.  The military understands missions cannot be accomplished without personnel and business needs to learn that employees matter most.  In business, it is amazingly easy to focus on revenue, profitability, and stock prices, but 10/3/1993 clearly reminds us that it is employees that need to be an overarching focus for a successful business in periods of crisis.

Lesson #2 – Stability in Success is an Illusion.  During the prior raids in Mogadishu, the SOF unit had used a well-rehearsed and well-executed combination of helicopter and ground convoy insertion and extraction tactics that performed well.  On October 3, 1993, the various militia in Mogadishu used Rocket Propelled Grenades (RPG) in a ground-to-air role instead of the traditional ground-to-ground role.  This change in how RPG’s were used immediately put at risk the heavy reliance on helicopters when two Blackhawks were shot down using RPG’s.  Businesses need to learn that any stability in their product line, pricing, and customer base can vanish overnight when the competition rapidly adapts.  Businesses need to accept that any appearance of stability in operations may rapidly vanish.

Lesson #3 – Building Teamwork & Relationships Before the Battle.  Prior to the battle, the SOF forces trained together and many had known each other for years.  The times before adversity are the most important because it is during the times of quiet that learning occurs, relationships are built, and methods perfected.  It was really all the time before the battle that prevented October 3rd in Mogadishu from turning into a tragedy.  Business needs to realize that during the “good” times, business needs to take a very hard look at products, implement solid employee training programs, value customers, and develop broad product and service lines to begin improving business results before the competition acts.

Lesson #4 – Difficult Training Triumphs Over Adversity.  The SOF Forces in the Battle of Mogadishu from Rangers, Special Operations Aviation, the legendary “Delta” Force, and other military units were some of the most highly trained military forces in the world.  The central point for business (that the military realizes) is that you may never fully know when you will enter your most challenging point, which is why constant, difficult training is vital to success.  Business leaders must understand that constant, challenging, up-to-date and difficult training is the only way to remain constantly prepared for challenges that you cannot fully anticipate.

Lesson #5 – Success in One Area Does Not Mean Success in Another.  In 1993, the US Military was supreme in the world.  The US Military had been a central player in forcing the Soviet Union to abandon communism for democratic reforms.  In the Middle East, in 1991 Operation Desert Storm built a strong coalition that destroyed the regional military power, Iraq, in less than a week of conventional ground combat.  The unexpected challenge for the US military was the militia forces in Mogadishu were an exceptionally effective, and highly untraditional, military force adept at fighting in the dense, confusing urban terrain of a major city.  The lesson for business is that just because you are strong in one product category or one market does not mean that you will be strong in others.

Lesson #6 – Lower Level Leaders with Initiative Bring Success.  Encouraging and developing leaders with initiative is one of the hallmarks of SOF.  A great deal of the success that US forces experienced in Mogadishu came from lower level leaders who understood that the initial plan had to be modified, observed what needed to be done, and then took multiple successful actions to ensure that the follow on plan was successful.  The lesson for business is that few product launches or new business initiatives succeed exactly according to plan.  Business needs to encourage the development of trained, bright, and focused leaders and instill them with a spirit of initiative, so they seek out problems when initial plans fail to deliver success at the end.  Initiative is one of the most powerful forces in employees.

Lesson #7 – Learn, Reshape Your Operations, and Prepare for The Next Fight.  Finally, SOF never rest in examining their mistakes and creating new methods, tactics, and equipment to ensure success in the future.  The October 3rd, 1993 Battle of Mogadishu continues to be relentlessly studied and examined by the very people that fought the battle to improve for the future.  10/3/1993 brought about a renewed focus on urban fighting, new medical technology to halt bleeding faster, and renewed focus on fighting as a combined force of air and ground teams working together.  Business needs to adopt the military process of an After-Action Review (AAR) or debrief to learn how to make every operation a study for future improvement.  An effective team never rests in their desire to be even greater.

The business challenges of COVID-19 continue to demonstrate that life and business are transforming in unpredictable and dynamic ways.  When a business focuses on their team, expects and plans for instability, builds teamwork, trains their employees, understands the strategic relevance of prior success, builds employee initiative, and constantly learns how to be better that organization is prepared to succeed in a world of chaos and challenge.

Chad Storlie is a retired US Army Special Forces officer, an Iraq combat veteran, and has 15 years university teaching experience as an adjunct Professor of Marketing.  He is a mid-level B2B marketing executive and a widely published author on leadership, logistics, marketing, business, data, decision making, military and technology topics.