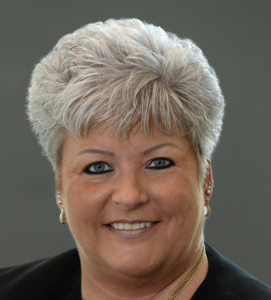 Goncalves began teaching at Sacred Heart in the fall of 2014 and earned tenure in 2020. She has been a nurse at St. Vincent’s Medical Center in Bridgeport for 36 years.

According to the CNA website, the organization “speaks with a unified voice for all nurses across all specialties, in all forums. The association exerts its organized influence on education, legislation and compensation to protect and advance the practice of nursing and the health of the people in Connecticut.”

“Being elected vice president of the CNA is an honor and privilege,” Goncalves said. “I have been a practicing registered nurse in Connecticut for 36 years and have never met a group of nurses and staff more committed and dedicated than those representing the CNA.”

Goncalves has served on several CNA committees, including those involved in leadership, web design, Diamond Jubilee Awards and government relations, before being elected vice president.

“The CNA has been very proactive and influential in making a positive impact on education, legislation and compensation over the years to protect and advance the practice of nursing and the health of all people in the state,” she said. “My hopes and aspirations as vice president include the continuance of efforts and initiatives surrounding advocacy to enhance and protect the viability, health, safety and identity of nurses and the nursing profession, while supporting and protecting the health and well-being of society at large as we emerge from the COVID pandemic and face the next challenges that lie ahead.”

Goncalves is a two-time alumna from SHU, earning both her bachelor’s degree in nursing and her doctorate of nursing practice from the University. She also earned a master’s degree in health care administration with a concentration in medical group management from the University of New Haven. Additionally, she holds certifications from the American Nurses Credentialing Center for medical-surgical and gerontological nursing.