Fairfield, CT Writer Mike Lauterborn Debuts “#because2020”, a Companion to his “Pandemonium” book 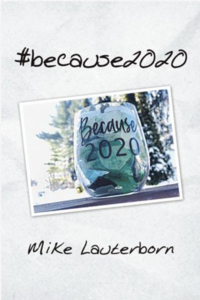 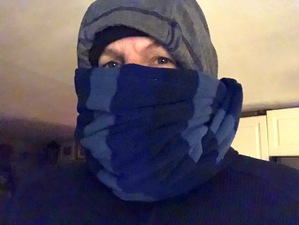 FAIRFIELD, CT— Record-breaking weather events, strange beasties that literally created a buzz, and a restless universe tossing rocks at our planet, all while the relentless Covid-19 virus afflicted our world population. Fairfield Author Mike Lauterborn captured it all in one bucket, resulting in his newest book, “#because2020”, truly a mind-boggling, dizzying and dramatic read. And worrying, too, with regard to the future. Are these splashes a glimpse of more aggressive and violent weather, nature and space occurrences to come?

The new book has just been released through his publisher, AuthorHouse, and is available online at https://www.authorhouse.com/en/bookstore/bookdetails/827613-because2020 as well as through Barnes & Noble and Amazon.

“It seemed like every day throughout 2020, we humans were shaking our heads and saying ‘because2020’ as one unbelievable thing after another kept happening,” Lauterborn commented. “We had this raging pandemic going on and, at the same time, crazy weather, strange beasts popping up and remarkable space anomalies. Endless hurricanes, massive wildfires, firenadoes, Murder Hornets, Sea Cockroaches, pink dolphins, blue lobsters, tick outbreaks, meteors the size of the Empire State Building, planet alignments and more. It’s all here for folks to recollect, in a day-to-day, season-to-season chronology.”

As the Editor of Fairfield HamletHub online news service, serving southwestern Connecticut, and monitoring and delivering news on a daily basis, Lauterborn is tapped into world and local happenings as they occur. When it became apparent that there was more than usual activity in certain categories, he knew there was a story to tell. Cherry picking these news items and putting them all together confirmed his instincts.

Lauterborn, as well, has always been a student of the world, fascinated by the creatures around us, dramatic weather and the heavens. He was not quite five when man landed on the Moon, and watched that broadcast on TV. He often consulted an astronomy book as a lad when he looked up into the evening skies. He has always been excited about dramatic snow, wind and rain events. And he has long been a fan of the outdoors.

A 25-year resident of Fairfield, CT, Mike Lauterborn has been leading Fairfield HamletHub since Nov. 2011. As a lad through high school, Mike was a dedicated journal keeper and graduated from college with a degree focused on creative writing. For the next 20+ years, Mike worked in corporate marketing, promotion and advertising leadership roles before transitioning to journalism, contracting with regional magazines, newspapers and online news services.

Mike has documented over four decades of American culture, including all of his past travels. One of the most significant of these was in Fall 2003, when Mike set off by van to follow in the path that acclaimed author John Steinbeck had taken in 1960 driving counter-clockwise around the perimeter of the United States to write “Travels with Charley”. Mike used Steinbeck’s book as his map for a similar journey that became “Chasing Charley”, released in November 2018.

In July 2020, Mike published “Pandemonium”, a different kind of adventure, an unplanned one that didn’t take him much farther than his own community over several months as he witnessed how the Covid-19 disease set its aggressive hooks into the meat of the world, and thrashed it, and tore it apart, threatening the very existence of mankind. He recorded the pandemic’s initial impact at the international and national levels, and observed its effects very first-hand in his own coastal community and amongst its citizens and leaders. He captured every early aspect of the attack of this “invisible enemy” to create a detailed, insightful record of these times and the “pandemonium” that ensued.

Now, Mike offers #because2020, another look at 2020, and a companion to “Pandemonium”, with regard to recording what was a most unusual year.