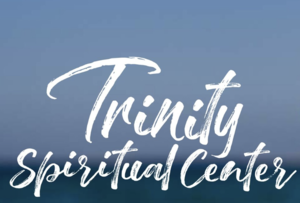 Established by Mary Louise Constable in 1939 to provide funding for mission initiatives not within the scope of the budget of the Church, the Fund supports innovative programs in religious education.  Because the application process is intensively competitive, being awarded a Constable Grant is a significant honor for Trinity Spiritual Center so early in its formation.

Trinity Spiritual Center’s grant is one of five grants made by the Constable Fund totaling of $228,500. Some 88% of this year’s funding is going to “staff” projects of the national church, with one grant made to the diocese of Cuba. The remainder is being given to Trinity Spiritual Center, the only entity not part of the national church to win a grant.

Trinity Spiritual Center marks an important, new chapter for the 300-year-old parish as it advances its mission of providing a 21st Century Episcopal community that inspires spiritual growth, nurtures connections, and promotes charitable service in the Greater Fairfield-Bridgeport Area. Through its engaging programming open to people of all faiths, Trinity Spiritual Center invites participation by the broader community regardless of their religious beliefs.

The Executive Council of The Episcopal Church made the following statement in its resolution announcing this year’s Constable Fund Grants: “Trinity Spiritual Center represents a unique opportunity for the Constable Fund to participate in the co-creation of an intentional community that offers a new model of education specifically geared towards the fastest-growing segment of spiritual seekers in the US: those who affiliate with no religion, or “none.” It has the additional benefit of responding to the deep desire of congregants within the Episcopal fold looking for new (and old) ways of encountering the divine as they build community.”

Trinity Spiritual Center arrives at an inflection point for organized religion. A recent Gallup survey shows that fewer than half of U.S. adults say they belong to a church, synagogue, or mosque. At the same time, the number of Americans who identify as spiritual, but not religious (i.e., “none”) are growing rapidly, according to the Pew Research Center.

“We are honored and humbled that Trinity Spiritual Center is being recognized by the national Episcopal Church only a year after we began operations,” said Mark Grayson, Founding Director of the Center. “Awarding this grant says a lot about the Church’s desire to move forward with the times.  This gift will make it possible for us to deliver a second year of innovative programming at the Center, as we build our community of seekers. I firmly believe that creating a place where all can gather, in person or online, no matter where they are on their spiritual journeys, will be an important contribution not only to Southport and the Greater-Fairfield Community, but also to the national Episcopal Church.”

About Trinity Episcopal Church
Trinity Episcopal Church is located in the historic seaside district of Southport at 651 Pequot Avenue (at Center Street) and welcomes seekers of all denominations. Trinity’s mission is to provide a vibrant 21st century Episcopal community that inspires spiritual growth, nurtures genuine connections and promotes charitable service.

Trinity Spiritual Center is a dynamic and growing community of people of all ages and beliefs, engaging in a broad range of learning experiences to inspire and support their own journeys of spiritual growth.  It offers programs and practices that inspire and engage the greater community.