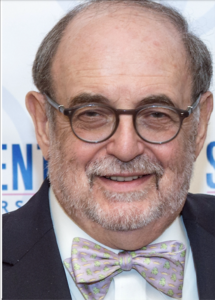 Kagan, who resides in Riverside, will oversee the band & orchestra, choral and dance programs and will work directly with Jerry Goehring, executive director of the performing arts department. He will also develop and manage budgets, implement grants and pursue fundraising.

“SHU’s performing arts program is growing, and it’s exciting to be a part of that progression,” said Kagan, adding that he enjoys working with students and seeing how they evolve during their college years. “You see how their experience in the arts changes them and broadens their perspectives,” he said.

Kagan has more than 30 years of international, nonprofit management experience, specifically in the arts and theatre world. One of his more recent posts was assistant vice president for Pace University’s Schimmel Center for the Arts in New York City for 10 years. He also worked as an adjunct professor at Pace and taught a course on managing creativity.

Kagan said his proudest accomplishments include establishing performing arts programs at some of the institutions where he worked, developing them and watching them flourish.

“Martin’s experienced leadership will greatly benefit SHU’s performing arts program, which has undergone enormous growth,” said Goehring. “We are excited to have him as part of the performing arts team as we enter into a new phase of artistic excellence for students, faculty and staff.”

As the second-largest independent Catholic university in New England, and one of the fastest-growing in the U.S., Sacred Heart University is a national leader in shaping higher education for the 21st century. SHU offers nearly 90 undergraduate, graduate, doctoral and certificate programs on its Fairfield, Conn., campus. Sacred Heart also has satellites in Connecticut, Luxembourg and Ireland and offers online programs. More than 9,000 students attend the University’s nine colleges and schools: Arts & Sciences; Communication, Media & the Arts; Social Work; Computer Science & Engineering; Health Professions; the Isabelle Farrington College of Education & Human Development; the Jack Welch College of Business & Technology; the Dr. Susan L. Davis, R.N., & Richard J. Henley College of Nursing; and St. Vincent’s College. Sacred Heart stands out from other Catholic institutions as it was established and led by laity. The contemporary Catholic university is rooted in the rich Catholic intellectual tradition and the liberal arts, and at the same time cultivates students to be forward thinkers who enact change—in their own lives, professions and in their communities. The Princeton Review includes SHU in its Best 387 Colleges–2022 Edition, “Best Northeastern” and Best Business Schools–2022 Edition. Sacred Heart is home to the award-winning, NPR-affiliated radio station, WSHU, a Division I athletics program and an impressive performing arts program that includes choir, band, dance and theatre. www.sacredheart.edu