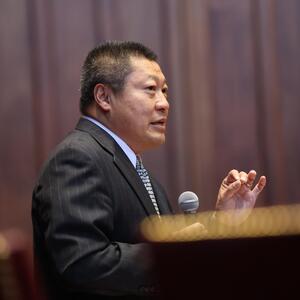 HARTFORD, CT - Connecticut’s nonpartisan Office of Fiscal Analysis released their projected price tag for the deal between the State Employees Bargaining Agent Coalition (SEBAC) and Gov. Lamont’s Administration that will be voted on by the Senate and House of Representatives in the CT General Assembly.

The analysis indicates the agreement will cost a minimum of $1.87 billion, with an option to increase further in year four. The $1.87 billion figure includes guaranteed annual wage increases of 2.5% retroactive to the fiscal year beginning July 1, 2021 and supplemental $3,500 bonus payments for state employees - including for those who retire before the end of the fiscal year.

Over the biennium budget, the cost of this agreement includes approximately $380 million for General Fund employees and $326 million for non-General-Fund employees, including UConn, UConn Health, and the Board of Regents.

This agreement is a marked contrast to the challenges private sector business and workers have been facing since the onset of the Covid pandemic. As 1 in 6 private jobs disappeared in spring 2020 and continued to struggle, state employees were contractually shielded from layoffs and guaranteed wages and benefits. That summer, with unemployment still above 10% and state finances uncertain due to Covid-related shutdowns, automatic 3.5% raises negotiated by Mr. Lamont’s predecessor kicked in. Most state employees also got seniority-based raises averaging 2% at the start of 2021.

Senator Tony Hwang (R-28) who serves on the legislative Finance, Revenue and Bonding Committee as well as the ranking member of the bonding subcommittee, asked: “What does this mean for CT’s financial priorities and fairness to taxpayers and struggling private sector workers?”

“Every family in Connecticut is seeing their gas bills and their grocery bills continue to rise - a burden which amounts to over $5000 per year per household!” said Senator Hwang. “Our state leaders need to look beyond the federal Covid funding that has provided a financial safety net for our state and municipalities and start prioritizing real fiscal reform and sustained economic relief to an already overburdened populace due to rising inflation and burgeoning government bureaucracy.”

“With this agreement, 43,000 state employees will receive a 8% wage increase, including a bonus, while the rest of Connecticut's 3.5 million residents face additional hardship to fund this blanket salary increase not only this year but for every year going forward,” said Hwang.

“There are taxes being collected on top of the increasing costs of goods and services and now residents are learning that the state is choosing to funnel tax dollars to government employees instead of finding financial relief. In just 73 days, the temporary gas tax holiday will end and we will face another $0.25 per gallon of gas. Then where will we be? People need help now, and I am much more in favor of policies which will assist all residents instead of a select few,” said Hwang.

“For instance, Connecticut has a dual mental healthcare service system which faces the competing challenges of skyrocketing demand as community non-profits and state agencies provide identical services but our private nonprofits are underfunded and understaffed due to an inability to compete with lucrative state employee salaries and benefits. While non-profit systems can provide services more efficiently, being a smarter return on state monetary investment, the current union agreement under consideration will instead increase the salaries of the duplicative state services and further undermine the survival of nonprofits. In short, the state is choosing to fund salaries over dedicating funds to bolster non-profit support for mental health. To give you a good comparison, the current budget increases mental health spending by only one twentieth, or $100 million, of the total spending that will be put toward state employee salaries and bonuses,” said Hwang. “There needs to be an honest breakdown done by the State Senate in their upcoming discussion to make the ultimate determination that this pending union contract is the best use of state funds - which are, in plainest terms, residents’ tax dollars.”