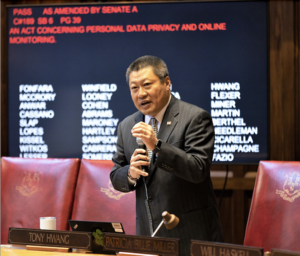 “$600 Million in Tax Cuts in CT State Budget” – that will be the headline message the partisan Democratic legislature and Governor Lamont will repeatedly celebrate this election year budget adjustment! But after a thorough research and analysis of the budget, a 763 page document with 531 sections and implemented laws, that was publicly presented just hours before a final legislative vote, reflecting a total lack of respect for transparency and legislative process. I offer some cautious and measured re-evaluation.

With clock-like predictability, the legislative Democrats and a few crossover Republicans passed a budget adjustment package (HB 5506) that is being marketed as the “largest tax cut in state history.” Ironically, the CT General Assembly had the opportunity to pass an even larger tax cut with the republican proposed amendment with confirmation from our state’s nonpartisan Office of Fiscal Analysis (OFA) that it was indeed possible to give a bigger tax break to financially struggling CT residents. The Republican amendment was rejected along a party line vote.

This Democrat budget package, which would boost General Fund spending 6.5% above the current fiscal year, should be applauded on a number of new investments in child care, mental health, and human social services. It held municipal and education funding level and maintained the state’s contracting watchdog agency. I acknowledge and support that this budget made an earnest and much needed effort to pay down the more than $95 billion in long-term obligations tied to pensions, retirement health care programs and bonded debt, as Connecticut owes more per capita than most other states.

While we currently have record high rainy day funds and historic surpluses due to federal Covid funds and a strong stock market that provided those budgetary options, we have not created a budget that is systematically sustainable and equitable. OFA has forecasted a stormy economic recession and projected $800 Million FY 23 budget deficits on the horizon. This budget had an opportunity to make systemic changes to our tax structure, rebalance our labor relationship and create a sustainable and cost efficient state government, but unfortunately it was just another tax and spend budget (6.5% increase) disguised by short term tax cuts. I would have liked to have seen a visionary change for residents, businesses and taxpayers to have a more affordable CT. We could have reduced the sales tax burden on our residents/businesses impacted by rising inflation costs.  We could have made it more affordable for those struggling to make ends meet for groceries, gasoline, and the escalating cost of living.  Unfortunately, this budget is just a lot of well intentioned but unsustainable spending, one-time tax breaks led by a disappointing and frustrating process, when we can do better.

We had a choice to make in this budget vote: either to spend the surplus or to invest it in the future by returning the funds to the tax paying residents and businesses. I am disappointed that the legislature voted against providing relief to those who need it most and work toward creating a more economically affordable CT.

Private businesses and other essential front-line workers were shortchanged by this budget.  Although this budget provided $40 million to pay down debt in the state’s unemployment trust, it was insufficient. Connecticut borrowed more than $800 million from the federal government to keep jobless benefits flowing during the worst of the COVID-19 shutdowns, and the state still owes $495 million. Businesses, which are assessed and responsible to replenish the trust, urged Gov. Lamont to cover more of that debt to spare CT businesses from a big cost assessment. This budget provided only $40 million to temporarily stave off the assessment, an wholly insufficient amount..

This budget also includes $30 million to provide what labor advocates have begun calling “hero pay.” But that is 1/25th of the $750 million the legislature’s Labor and Public Employees Committee recommended to support our valued frontline workers, like teachers, healthcare, grocery, truck drivers and so many others. Legislative leaders acknowledged a $30 million allocation for “hero pay” wouldn’t provide for a benefit remotely close to what the private sector workers envisioned. But, it was a much different financial package for unionized state employees.

The budget includes $374 million for a controversial package of raises and bonuses for about 46,000 unionized state employees.

The compensation deal, negotiated by Governor Lamont and 35 bargaining units and ratified by a partisan Democratic legislative vote last month, guarantees raises for this fiscal year and each of the next two. Raises also could be continued a fourth year under a contract reopener provision. It includes a 2.5% cost-of-living hike each year and retroactive back to FY 2021 and a step increase that could add 2.5% in raises for all but the most senior state workers. In addition, workers will receive a $2,500 bonus later this month and a $1,000 bonus in mid-July.  OFA budget analysts project the contracts would cost the state taxpayers $1.9 billion over four fiscal years combined.

Senator Hwang is deputy Senate Minority Leader of the CT General Assembly, a member of the legislative Finance, Revenue and Bonding Committee and the ranking member of the bonding subcommittee.