Princeton Review Says SHU is Among Best in U.S. 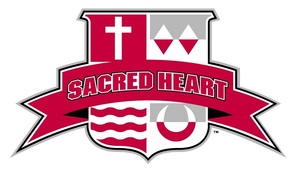 FAIRFIELD, Conn. Sacred Heart University is one of the nations best institutions for undergraduate education, and its community service and theater arts programs are in the countrys top 20, according to The Princeton Review.

The education service company features SHU in its new 2018 edition of its college guidebook, The Best 382 Colleges and includes the school on its Best College Theater and Most Engaged in Community Service listings. Each list contains 20 schools from around the country.

Social Justice is a key piece of Sacred Hearts mission, and our strong tradition of community service is clearly an expression of that, said SHU President John J. Petillo. Our students think nothing of spending their spring, winter and summer breaks on mission trips, building houses and volunteering at non-profits. This recognition is well deserved.

Our theatre arts program has seen amazing growth over the past several years, and our theater arts major is growing by leaps and bounds. Our hard work is being noticed, and we are proud of that, adds Jerry Goehring, director of performing arts and a Tony- and Grammy-nominated Broadway producer, who is currently lead producer of the Broadway revival of The Secret Garden and Jerry Zuckers new musical Intermission!.

For more than two decades, The Princeton Review has created the guidebook as a way to showcase the nations best colleges. The books purpose is to highlight exceptional institutions that represent about 15 percent of the nations 2,500 four-year colleges. The listing also gives applicants feedback to decide which college is the best for them. All the ranking lists are based on The Princeton Reviews surveys of students attending the colleges.

SHU students cited in the guidebook said the student body is one of the most tight-knit groups of people [they] have ever been a part of. Students also said professors are enthusiastic, encouraging and helpful and allow students to engage with their research which then allows kids to get published. One student quoted by Princeton Review said professors at SHU opened my eyes to how the world works.

Campus life was described positively by students who said theres always something happening on campus and on the weekends thanks to [the] Student Life department. Students said the entire mood here is very upbeat. Another said, door holding symbolizes us because we care about those around us and are very genuine people. When it comes to school spirit, one student said, Sacred Heart University exemplifies school spirit and hospitality to every single student that walks [through] our campusthe student body is one giant family. It was said Sacred Heart is all about embracing diversity and cultivating a caring, safe and academically prosperous environment. Princeton Review editors quoted students saying, the school is a tightly knit community where people are excited to try new things and professors encourage students to branch out.

The Princeton Review does not rank the colleges from 1 to 382. Instead it uses students rating of their schools to compile 62 ranking lists of top 20 colleges in the book in various categories. The lists in this edition are entirely based on The Princeton Reviews survey of 137,000 students (358 per campus on average) attending the colleges. The 80-question survey asks students to rate their schools on several topics and report on their campus experiences.

We chose Sacred Heart University for this book because it offers outstanding academics, said Robert Franek, Princeton Reviews Editor-in-Chief and author of The Best 382 Colleges. Our selections are primarily based on our surveys of administrators at several hundred four-year colleges. We also visit dozens of colleges each year and give considerable weight to opinions of our staff and our 24-member National College Counselor Advisory Board. Most importantly, we look at valuable feedback we get from each schools customers  our surveys of students attending them. We also keep wide representation of colleges in the book by region, size, selectivity and character.