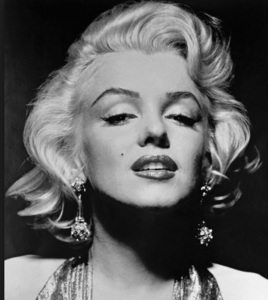 Stamford, CT – In June 2018, Stamford Downtown Downtown Special Services District (DSSD) in collaboration with the Seward Johnson Atelier, will debut Forever Marilyn for the pleasure of residents and visitors through the summer of 2018. The installation will begin on Monday, June 4 when a crane will lift the 26-foot, 30,000 pound Marilyn, in various parts, high into the air before she is assembled in place in Latham Park in Stamford Downtown. The opportunity to capture photos of the flying sculpture parts; legs, torso, skirt, will be from 10:30am to 2pm.

The monumental Forever Marilyn, sponsored by Avon Theatre Film Center, from the Icons Revisited Collection, is just one of 36 sculptures that will be on display in Stamford Downtown. 35 life-size, realistic sculptures from Seward Johnson’s Celebrating the Familiar series will also be on display as part of UC Funds presents Timeless – The Works of Seward Johnson for the Summer of 2018.  Installation of the life-size works begins May 30.

Stamford Downtown is familiar with the artwork of Seward Johnson from his exhibitions hosted by the DSSD in 1996, 1997, 2002 and 2008. A permanent sculpture “Uninvited Advice” is on view, and part of the city’s art collection, in Columbus Park. It was purchased by DSSD as a gift to the City of Stamford in 1998.

Sandy Goldstein, President of DSSD, said “Stamford Downtown has a long standing commitment to outdoor art. For the last 25 years, the District has produced a public art sculpture exhibit which has drawn thousands of people Downtown. Outdoor sculpture creates a dynamic sense of place. And the iconic 26-foot sculpture of Marilyn will create the optimism and drama of a bygone era. We look forward to having many patrons visit the Downtown to view this spectacular exhibit.”

The sculptor, Seward Johnson adds: "In this series, ICONS REVISITED, I am trying to discover what makes an image stick with us; become something more than its one moment in time. Marilyn is an icon for us all of beauty and enigma.”

Artist Seward Johnson is a world-renowned sculptor who has had more than 450 life-size cast bronze figures featured in private collections and museums in the United States, Canada, Europe and Asia, as well as on public view at prominent locales such as Times Square and Rockefeller Center in New York City, Pacific Place of Hong Kong, Les Halles in Paris, and Via Condotti in Rome. Johnson’s spectacular monumental-scale works have been on public view or been permanently sited in Australia, Normandy, Brussels, New York City, San Diego, Palm Springs, Washington DC and Rome.

The sculptures are on temporary loan from the Seward Johnson Atelier, a not for profit entity that encourages the placement and sharing of public art. The Atelier’s Director, Paula Stoeke, states that “one key purpose of public art is to initiate dialogue within communities.  This monumental sculpture is provocative in its very scale and presence, and should turn heads as well as start conversations.”

The “Forever Marilyn” sculpture is sure to invoke many photo opportunities and social media posts.

The exhibition will kick off with an opening night celebration on Wednesday, June 6, hosted by Stamford Downtown. The event will be held at the Palace Theatre at 61 Atlantic Street from 5:30 to 8:00 p.m. Trolley tours are set to run throughout the evening, offering guests a chance to view many of the sculptures. For more information and tickets for the opening party, please visit stamford-downtown.com/events/timeless-the-works-of-seward-johnson.