Details
Published on Thursday, 16 May 2019 15:02
Written by Westport Historical Society 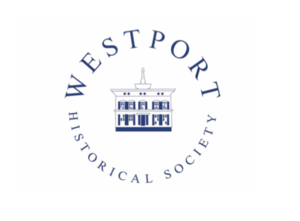 Westport, CT - Hercules, the enslaved chef of President George Washington, has captured the imagination of American history lovers, culinarians and students of the African American experience since he managed to escape Washington’s Virginia Plantation Mount Vernon, on Washington’s birthday in 1797.

For centuries, what happened to the man that many have called “America’s First Celebrity Chef" was a mystery. He was only seen once more in Manhattan in 1801. Some historians speculated he had gone to Europe where a presumed portrait of him attributed to Gilbert Stuart hung in a museum in Spain.

But in February 2019, it was revealed that painting was not, as the title said, “A Portrait of George Washington’s Cook”, nor was it painted by Stuart. With this revelation the only tangible tie to the cook who loomed large despite his status of enslaved person was lost.

Ganeshram had spent nearly a decade researching Hercules for a novel about his life and the portrait graced its cover. While disappointed by the revelation of the paintings true provenance, she seized upon one tantalizing fact: the painting actually depicted a free Dominican man of African descent. Was it possible, she surmised, that Hercules had some ties to the island of Dominica (present day Dominican Republic)?

“That turned out to be a dead end. But instead Sara, who is a genealogist, found something more interesting,” said Ganeshram

Following the line of reasoning that Hercules might have been hiding in plain sight, Krasne did what no other researcher had done previously—searched for Hercules with the surname of his owner previous to Washington—John Posey.

“Miraculously, she hit pay dirt: She found Hercules Posey, of the right age, born in Virginia, buried in the Second African Burying Ground in Manhattan who died on May 15, 1812. It seemed like an impossible coincidence,” says Ganeshram.

The pair followed the lead and dug some more, finding Hercules Posey in the New York City directory for 1809, 1810 and 1811 where he was a listed as a laborer. A colleague in Boston read of their discovery and located another, lesser known city directory, where he was listed as a cook.

“It wouldn’t be underestimating to say many of us in the history community were celebrating— especially when research historians at Mount Vernon confirmed they believe we, in fact, found Hercules,” said Ganeshram, who is also the curator of Westport Historical Society’s award- winning exhibit Remembered: The History of African Americans in Westport which will close on June 30th.

The National Park Service in Philadelphia, which manages the President’s House site where Hercules lived with Washington, is also changing its interpretation of the chef to indicate he lived out his remaining years as a free man working as a cook in New York.

Ganeshram and Krasne are currently advocating for a memorial plaque to Hercules’ final resting place be installed by the City of New York in a public park across the street from his burial site. While the Second African Burying ground was disinterred in the mid 19th century and removed to Cypress Hills Cemetery in Brooklyn, public records indicate that certain burials, of which Hercules’ was most likely one, remained in situ under what is today pavement and road.

“We are beyond gratified to have made such a significant discovery that completes years of scholarship about this remarkable hidden figure of American history,” said Ganeshram. “It’s gratifying to know that he made a life for himself using the skills for which he was so admired and, by all period accounts, of which he was so proud. If we can help memorialize his final resting place, that would be the greatest honor of all.”

ABOUT WESTPORT HISTORICAL SOCIETY: The award-winning Westport Historical Society (WHS) is a cultural center devoted to providing engaging, interactive interpretation of local history inclusive of all stories and all people. Located in beautiful downtown Westport, WHS, provides a variety of programming for people of all ages including an abundance of free events for the community to enjoy. From beloved yearly events such as annual Garden Tour to Spooktober, a full month of harvest and Halloween programming in October to the beloved Holly Days, an ecumenical December celebration for the holiday season to unique happenings from performances, lectures, readings and interactive activities, WHS strives to present history in a fun, modern context. In the 2018/19 program year, WHS received accolades ,local and regional awards, and national award nominations for its ground-breaking exhibit Remembered: The History of African Americans in Westport.