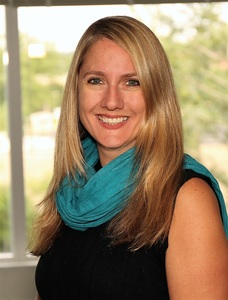 Jelenik brings significant experience in leadership and development to the Foundation, having most recently served as Vice President of Development for Fairfield County’s Community Foundation. Previous roles, exceeding 14 years, include Development Director at Family Centered Services of Connecticut, the Humane Education Advocates Reaching Teachers, and the NY Society for the Prevention of Cruelty to Children. Jelenik succeeds Fiona Hodgson, who held the post since 2017 and expanded fundraising to include numerous additional scholarships and new program initiatives.

“Kristy’s strong professional background will continue the trajectory of our Foundation’s growth,” said Dr. Paul Broadie, President of Housatonic Community College. “There is an enormous need to help our students achieve their academic dreams, and we’re confident that she will help us to change many more lives through education.”

Jelenik holds a bachelor’s degree in Political Science from the University of South Carolina and a Masters in Urban Affairs from CUNY-Hunter College. She’s an active volunteer, resides in Fairfield, CT and enjoys spending time with her husband and two sons.

“I’m honored to have the opportunity to lead the Housatonic Community College Foundation in this exciting phase of growth,” said Jelenik. “Now more than ever, it’s an important time to get involved with HCC and the community college system. In addition to providing scholarship support, the Foundation will look to expand students’ academic experiences. The opportunity for donors to create real impact is significant.”

Since 1990 the Foundation has played a vital role in the growth of the college. Now, as economic pressures on the both the school and its students increase, the supplemental support the Foundation provides to HCC and the scholarship funding it offers to its low-income students is needed more than ever before. Additionally, private donations to the Housatonic Community College Foundation contribute to the region’s economy by developing a better-trained workforce. To learn more about the Housatonic Community College Foundation and how you can support financially struggling scholars, visit www.housatonic.edu or call 203-332-5078.