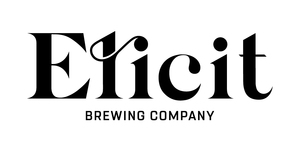 Manchester, CT - Do you love craft beer? In that case, there's a new kid in town that we just have to introduce you to. Meet Elicit Brewing Co, the younger, laid back, and ever so slightly edgier sister restaurant of the Eli's Restaurant Group family (with existing locations in Hamden, Milford, Orange and Branford and another new sister restaurant, Roost, also located in Hamden). Launching in Manchester, CT, in September of this year, Elicit promises all of the fun and none of the fuss: quick service style food with the same commitment to taste, quality, and customer experience as a fine dining restaurant, an on-site brewery, a staggering list of local and semi-local craft beer heavy hitters, a wine and cocktail bar, a retro arcade, a beer garden - and last but not least - a game selection ranging from giant jenga to ping pong. Come as you are and roam around the converted historic 19th century brick building which used to house a paper mill and was, up until recently, the site of the Adams Mill Restaurant.

“We are putting together a concept focused on bringing the community together in an events driven space and thought that centering it around beer, something we have enjoyed for years, which has become so prevalent now in CT, would be a great way to tie it all together,” said Ellis Reilly, Director of Operations for Eli’s Restaurant Group. “Opening in Manchester was a fairly easy decision because we like the community that the town has already managed to build; and throughout our building process they have already proven to be terrific.”

Elicit Brewing Co. will be an American-style beer garden featuring a range of food from pizzas and sandwiches to smaller style plates including wings and pretzels. The brewery is expected to be open Monday through Friday late afternoon through late night, with more hours on the weekends.

To learn more about Elicit Brewing Co., follow us on Instagram (@ElicitBrewing), visit their website: elicitbrewing.com , and email This email address is being protected from spambots. You need JavaScript enabled to view it. for updates and passes to press events.

About: Eli’s Restaurant Group was founded in 1994 with the opening of its flagship restaurant, Eli’s on Whitney in Hamden. All five locations are American fair themed and feature our signature Horseshoe Bar, which allows for easy access to sports games on the big screen televisions framing the bar. Along with a variety of other items, we serve a combination of specialty cocktails, craft beers, and burgers. Straying slightly from the other locations, Eli’s Brick Oven Pizza location serves authentic Italian cuisine. Eli’s catering division offers the option for weddings, corporate events, etc. Eli’s restaurants also have private rooms and conference rooms available to be rented out for events. Other locations include Branford, Milford, and Orange. For more information about Eli’s Restaurant Group, please visit us at https://elisrg.com.