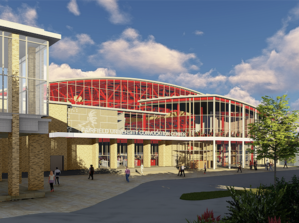 Fairfield University is pleased to announce its honorees for the 32nd Fairfield Awards Dinner, an annual gala commemorating the University’s dedication to the Ignatian mission of service through the transformative gift of education.

Since 1988, this event has been a true celebration of Fairfield and has raised more than $19 million for the Alumni Multicultural Scholarship Fund and other endowed scholarships at Fairfield. Continuing to recognize professional achievement, outstanding leadership, and volunteer commitment to Fairfield, this year’s Fairfield Awards Dinner will honor:

As executive vice president and group president responsible for International Operations, Commercial Development and Lifecycle Innovation, Global Genetics, Aquatic Health and Human Medical Diagnostics, Lewis is responsible for all markets outside the United States for Zoetis, a global animal health company that delivers quality medicines, vaccines, and diagnostic products. Lewis also oversees the company’s global commercial development and new product strategy. Among several distinctions throughout his career, Lewis has been recognized by Black Enterprise magazine as one of its 300 Most Powerful Executives, and by Savoy magazine as one of its Top 100 Most Influential Blacks in Corporate America.

Franey retired in 2015 as co-founder and principal of Wellness Environments, which manufactures and installs clinical spaces for new hospital construction or renovations. He is also a founding member of CHER, the Coalition of Health Environments Research, whose mission is to promote, fund, and disseminate peer reviewed research contributing to effective and improved healthcare facility environments. Franey graduated with degrees in business and psychology from Fairfield, where he was involved in rugby from the early beginnings of the University’s rugby club, holding the role of president for the 1966 and '67 seasons. He is currently president of Friends of Fairfield Rugby, working to raise funds to support the men’s and women’s rugby teams as well as the Ciacci-Pascale Scholarship Fund, which provides financial aid for rugby student-athletes.

Teaching at Fairfield for the past 38 years and now the Aloysius P. Kelley, S.J., Professor of Catholic Studies, Dr. Lakeland has served as chair of the department of Religious Studies, director of the University Honors Program, and for the past fifteen years, director of Fairfield’s Center for Catholic Studies. He is also the author of 10 books and the editor or co-editor of two more, as well as a member of the American Academy of Religion, the American Theological Society, the College Theology Society, and the Catholic Theological Society of America (of which he was president in 2018-2019).

Claire Knopf currently serves as chair of the Monmouth Medical Center Foundation Board and co-chair of the Women's Council for the Leon Hess Cancer Center Council at Monmouth Medical Center, and is a past community vice president of the Junior League of Monmouth County in New Jersey. She has been a member of Fairfield University’s Board of Trustees since 2016, having served on the Infrastructure and Student Life committees. Woody Knopf is the former chairman and a current consultant of Knopf Automotive in Red Bank, New Jersey. Founded by Woody’s father in 1945, the company is the oldest core supply network in the world. Additionally, Woody serves on the board of trustees of Monmouth Medical Center. He also served on the Transportation Transition Team for New Jersey Governor Phil Murphy and was appointed commissioner on the New Jersey Sports Authority in June 2019.

Serving as this year’s co-chairs are Patricia E. Glassford ’85 and Adrienne A. Johnson ’91. Glassford, a returning Fairfield Awards Dinner co-chair and member of the University’s Board of Trustees, worked at General Electric for more than 30 years and retired as its vice president and CFO. Johnson currently serves as the managing director and chief transformation officer of AXA Equitable; the 2020 Fairfield Awards Dinner is the first of her two-year term as co-chair.