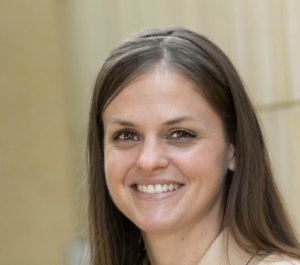 Muhvic, of Stratford, will partner with Martha Crawford, dean of the WCBT, to expand the college. In her role at the foundation, she will work alongside Bill Harris, adjunct instructor and the theater’s director, to build it into a leading arts organization.

Prior to her new roles at SHU, Muhvic was vice president of advancement at the University of Bridgeport. In this role, she collected external financial support for operations, endowments, scholarships and projects that supported the university’s mission. She also oversaw annual giving, major gifts, planned giving, advancement services and alumni relations.

Previously, Muhvic fundraised for the athletics department at the University of Tennessee. She moved on to work in advancement at Princeton University, Fairfield University and New England College. At Fairfield University, Muhvic helped set fundraising records in athletics, recreation and facilities. At New England College, the largest gift in school history was closed while she was there and at the University of Bridgeport, her team broke all-time fundraising records in major gifts and annual giving.