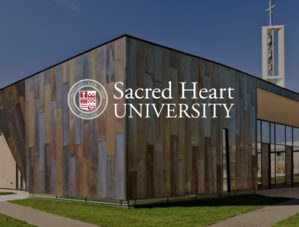 FAIRFIELD, Conn.—Sacred Heart University has received $298,714 in grant money from the federal Office of Violence Against Women (OVW) under its 2020 Grants to Reduce Domestic Violence, Dating Violence, Sexual Assault and Stalking on Campus Program.

The OVW is a division of the U.S. Department of Justice that works to develop the nation’s “capacity to reduce violence against women and administer justice for and strengthen services to victims of domestic violence, dating violence, sexual assault, and stalking,” according to the DOJ’s website. This three-year grant allows SHU to continue its work in prevention and awareness of sexual assault, domestic violence, dating violence and stalking (SADDVS), and is in addition to a previous $299,996 grant in OVW funding that the University received in 2017.

For the past three years, Sacred Heart has been working with the Fairfield Police Department, the Center for Family Justice (CFJ) and various other organizations that also have OVW grants to review policies, update websites and create training for faculty, staff and students. Much of that work will continue in the next grant cycle with more focus on SHU’s underserved populations and awareness related to stalking. The University also intends to incorporate the Green Dot bystander program with its existing bystander intervention program, NotAnymore. Green Dot treats all people as allies and serves to educate on the small things that can be done to help create a safe campus. Currently only freshmen students receive bystander training and Green Dot would provide additional intervention training to all class years.

“With this grant we can educate people about safety issues and help them identify problematic behaviors so we can create a campus that is safe and supportive for the entire SHU community,” said Kristen Eschwie, project coordinator for the OVW Grant.

Sacred Heart will achieve these goals through continued compliance with statutory requirements: form a coordinated community response with relevant internal and external partners, provide mandatory training to incoming students regarding SADDVS and train all campus law enforcement and student-conduct personnel in effective response to such incidents. Additionally, the University will continue to work closely with the CFJ to provide comprehensive and confidential victim services to all members of the SHU community. It will advertise CJF services to ensure students are aware there is a resource not connected to SHU that is confidential and handles all SADDVS issues, from helping to develop safety plans to sending advocates to accompany victims to the hospital. The CJF also provides the University with two advocates who each are on campus for four hours per week, for a total of eight hours.

Sacred Heart has a population of nearly 9,000 students. Of those: