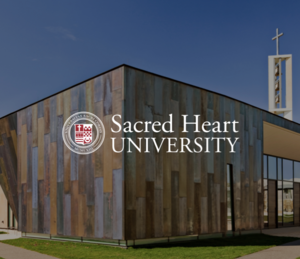 The documentary captures the coronavirus pandemic’s impact on the restaurant industry. While some restaurants have relied on take-out and delivery services to stay open, many others have closed, either short-term or permanently.

“I’ve traveled coast to coast visiting thousands of restaurants across the country on Diners, Drive-Ins and Dives, and after all the time on the road, it’s clear that restaurants are the heart and soul of their communities,” Fieri told Food Network. “When the COVID-19 pandemic hit, the impact on the restaurant industry was immediate. Restaurant Hustle 2020: All on the Line provides a real and intimate first-hand look into the lives of four top restaurateurs navigating through it all.”

The documentary features chefs Maneet Chauhan, Antonia Lofaso, Christian Petroni and Marcus Samuelsson, showcasing the difficulties their individual businesses experienced throughout the pandemic last year and the steps they took to support their local communities. It premiered at New York City’s annual documentary film festival, DOCNYC, which was virtual, and it aired on Food Network Dec. 27.

“I really enjoyed this opportunity,” said Galeotti. “Being passionate about food and cooking myself, food is one of my favorite things to film.”

Galeotti, who is 24, grew up in Chester and currently lives in Brooklyn, NY. He began his undergraduate studies at Sacred Heart as a marketing student, adding a minor in film and television as he began to gain an interest in video production his junior year. After graduation, he spent two years in SHU’s film and television master's program (FTMA), with concentrations in directing and cinematography, and he graduated with an MFA in 2020. “The FTMA program was an amazing experience,” said Galeotti. “We were taught a wide spread of skills, from writing, producing, shooting, directing, editing and everything in between. The structure of the program revolved around actually doing the things we were being taught through the process of creating our own short films and working on fellow students’ films as collaborators.”

He currently works as a freelance videographer and editor. Most of his work comes from a production company based in New York City, where he interned for the summer before joining SHU’s FTMA program.

The pandemic affected the documentary’s filming process, as it had to be shot mostly one-on-one due to social distancing concerns. “Much of it was shot run-and-gun style by single producers assigned to one of the featured chefs and restaurant owners, with small cameras during the height of the pandemic,” said Galeotti. “After the production company finished the principal photography and some COVID restrictions eased up, they wanted to shoot some higher-quality food content to add overall production value.” This included cine camera (which takes photographs viewed quickly together to show motion) and slow-motion footage.

Todd Barnes, the documentary’s producer and artistic director, who also is a lecturer in SHU’s FTMA program, hired Galeotti to shoot without a crew. Galeotti filmed Christian Petroni—former owner of Fortina restaurant group, which has five locations throughout Connecticut and New York—as the chef made pizzas and Italian pastina. The footage was used mostly for promotions and B-roll segments.

“The FTMA program definitely helped prepare me to work on this documentary,” Galeotti said. “I was able to use the cinematography skills I had been honing throughout my time in the program to deliver the best possible imagery to support this project.”

Learn more about the FTMA program in the School of Communication, Media & the Arts.