SHU's Horizons Program Names New Members to Board of Directors 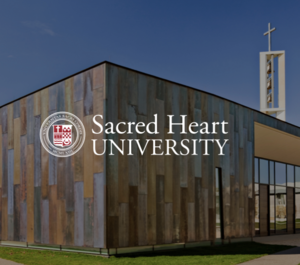 Sacred Heart established its Horizons affiliate in 2011 and has served nearly 180 students since then. The program is part of the award-winning Horizons national family, comprising nearly 60 programs and serving more than 5,000 students annually. Its primary goal is to help schoolchildren avoid summer learning gaps, which occur because they often do not have enough mental and physical stimuli when they are out of school from June to the end of August. In contrast, their peers from families who have the wherewithal to go on vacations, visit museums, read together and engage in other activities that reinforce what the children learned in school keep their minds active.

Working to change the lives of Bridgeport’s underserved students, Horizon’s in-depth program commits to individual students from kindergarten through grade 8 with yearly programs that include a six-week summer session, 10 weeks of Saturday Academies, one-on-one tutoring and year-round swimming lessons. The goal is for each student to attend college and have vital lives in Bridgeport and the broader global community.

The new board will serve as a governing body over Horizon’s alongside Jaime Perri, the program’s executive director. “Horizons at SHU is very fortunate to have such a wonderful and dedicated group of professionals serving on our board,” said Perri. “We keep the children we serve at the heart of everything we do.”

The new members of Horizon’s board of directors are:

David Fogel, an adjunct professor at Georgetown University, where he teaches entrepreneurship. Previously, Fogel served as co-founder, president and chief operating officer of IndexIQ, an exchange-traded fund issuer sold to New York Life in 2015. Fogel was appointed chief of staff at the Export-Import Bank of the United States in 2019 and then became senior advisor and chief business development officer at the U.S. State Department in 2020. He was later nominated as assistant secretary of state for economic and business affairs.

Stephane Kirven, an assistant professor of criminal justice at the University of Bridgeport. She started her professional career as an attorney in New York City, working in private practice and managing litigation claims at two global insurance companies. Kirven serves on the board of directors for the Center for Children’s Advocacy in Hartford and has been a member of Team Westport for more than 10 years, working with community members and leaders to bring diversity and inclusion to the town.

Katherine “Kassie” Means, group advertising director at Hearst Media Solutions, the corporate sales and marketing group at Hearst, where her team sells multimedia solutions to pharmaceutical companies. She has worked at Hearst for 10 years, previously filling the role of publisher and chief revenue of Woman’s Day, Prevention and Country Living magazines. Means earned her bachelor’s degree in art history from Brown University and her master of business administration degree from Columbia University. She also served on Horizon’s former board of trustees from 2016 to 2018.

Gregory Middleton, assistant principal at Daniel Webster Magnet School in New Rochelle, NY. He was Horizon’s founding executive director from 2012 to 2013 and, prior to that, he was director of the Boy’s Club of New York and an elementary school administrator and teacher in New York City and Westchester County. Middleton earned his bachelor’s degree in urban studies and his master’s degree in elementary education from Fordham University in New York. He also earned a professional diploma in school district administration from the College of New Rochelle.

Raymond Rizio, a land-use attorney in eastern Fairfield County, where he has practiced for more than three decades. Experienced in both commercial and residential real estate, Rizio handles matters from single-family residences to large commercial properties. He has represented several large corporations, including McDonald’s and O&G Industries, Inc., in real estate transactions and land-use applications. He currently serves on the board of Wakeman Boys & Girls Club, Southport.

Scott Supernaw, former international managing director for Tauck, Inc., of Wilton, one of the largest luxury tour operators in the United States. Previously, he was president and CEO of Olson-Travelworld, Ltd., a leading, international, luxury tour operator. He is a founder and two-term chairman of the United States Tour Operators Association and is a two-term chairman of Bangkok-based Pacific Asia Travel Foundation, currently serving on its executive committee.

Daniel Thomas ’08, a real estate broker and investor in Fairfield County for Keller Williams Realty. He is also a member of SHU’s board of trustees. The Stratford resident is a Realtor Magazine 30 Under 30 honoree, a RE/MAX Hall of Fame inductee and recipient of the Alumni Association’s Emerging Leader Award. He also formed a company to acquire, renovate and resell distressed homes in Fairfield County. In 2009, he established the Daniel D. Thomas Scholarship Fund at SHU, which offers financial support to students from modest backgrounds.