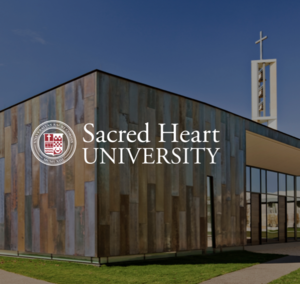 Rose, who chairs SHU’s department of government, is also a political commentator and scholar who has worked at the University for nearly 40 years. His passion for the United States, government and public policy has made him a prolific writer.

In 2017, Rose wrote HAYWIRE: A Chronology of the 2016 Presidential Contest, followed two years later by Connecticut in Crisis: Policy Challenges and the 2018 Contest for Governor. Then he set his focus on local governments in Connecticut’s 169 towns and cities. “I felt an obligation to write this book,” Rose said. “Students have an idea of what goes on at the national and state levels, but not what occurs at the lowest level of government.”

Understanding how their town government works is crucial for students, he said. At the very least, they should know if it’s run by a mayor, board of selectmen or town manager. “Students are really uninformed when it comes to the local government structure,” Rose said. “It’s just something they aren’t taught.”

Local government in the New England states historically has been regarded as a style that most closely embodies the spirit of American democracy, according to an overview of Rose’s new book on Amazon.com. “Although models of local government vary from one town to the next, the common thread which unites all New England towns is that the people are empowered to choose their own form of government, and in doing so control their own destiny,” the overview states.

The municipal level is where people can have the most influence, Rose said. They vote for the leaders who determine how their tax money is spent, how their schools are run, and much more. “And beyond voting, people have the chance to be heard before boards and commissions. This is the people’s most direct avenue to citizen input. People should know this,” he said.

Rose wants his readers, especially students, to appreciate what goes on in their town or city government. “I hope the book draws them closer to their towns and inspires them to become more involved. Of course, I hope it educates other people, too. I want all residents to be informed.”

The 128-page book delves into the founding of Connecticut, the various models of government in its municipalities, the way cities and towns finance public services, the role of party politics, the challenges facing local media in their role as government watchdogs, and other factors that contribute to municipal management.

Rose spent about two years completing the book. Despite many responsibilities, he found time to write between classes, at night and in the morning. Rose credits SHU senior Matteo Menta for helping him with research.

“I’m really fortunate to have had Matteo working with me,” Rose said. “I assigned him quite a bit of work.”

The hardcover edition of New England Local Government: The Case of Connecticut is available at Amazon.com and other outlets, and it will be out in paperback soon.