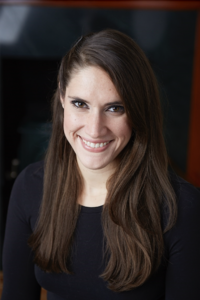 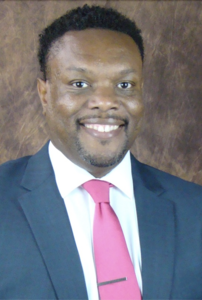 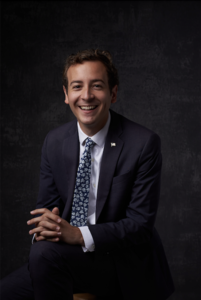 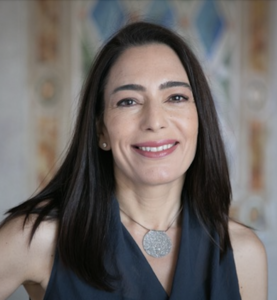 Westport, CT - Four new members were elected to the board of trustees at Westport Country Playhouse, bringing the trustees total to 30, led by Ania Czekaj-Farber of Westport, chair.

The new Playhouse trustees are Westport residents Jessica Caldwell, Will Haskell, and Margie Jacobson; and Dr. Rydell Harrison of Northfield.

“Mark Lamos and I are ecstatic that these four leaders have joined Westport Country Playhouse’s board of trustees,” said Michael Barker, managing director. “They share collective passions for artistry, education, and social change—and above all, they share a love of live theater and the Playhouse in particular. Thanks to strategic leadership from Chairman Ania Czekaj-Farber and the Playhouse nominating committee, our board is larger and stronger than it has been in years.”

Jessica Caldwell hails from a lobstering island of 500 people off the coast of Maine and attended college at just 16 years old. A graduate of Columbia University’s MFA film program, she produced the independent feature films “Electrick Children,” “Happy Baby,” “AWOL,” and the upcoming “When I'm Done Dying.” Her feature film productions have premiered at Berlinale, SXSW, Tribeca, and have had theatrical and digital distribution. Her short film work has premiered at Sundance, Telluride, and Tribeca. Caldwell was the writers’ room assistant and showrunners’ assistant on the Showtime series, “Billions.” Her short story “Fractured: A First Date” was published in The New York Times. She wrote “Executive Assistant: Iris” for Andrew Lazar (Mad Chance) and co-wrote the feature film “Gonzo Girl” for Tom Heller and Frank Hall Green (Catch & Release films) with Rebecca Thomas. Caldwell is managed by Susan Solomon Shapiro at Circle of Confusion and represented by CAA. She is a Moth storytelling contest GrandSlampion.

Dr. Rydell Harrison is superintendent of Easton-Redding-Region 9 School Districts. He was previously superintendent of schools in Watertown. Before moving to Connecticut, he was assistant superintendent of instructional services for Chapel Hill-Carrboro City Schools (CHCCS). Dr. Harrison began his career as a music teacher in New Jersey, and has 22 years in education, working across all three levels. Dr. Harrison currently serves as the board of directors’ treasurer for Connecticut Association of Public School Superintendents (CAPSS). Through his work with CAPSS and as a consultant, Dr. Harrison works to develop equity-focused initiatives designed to personalize learning, build teacher capacity, and eliminate racial disparities in student outcomes. Dr. Harrison holds a bachelor of music education from Rutgers University and a master of divinity from Duke University. He also holds a master of school administration and doctor of education in school leadership from the University of North Carolina at Greensboro. Dr. Harrison is the father of five sons and is married to a licensed clinical social worker.

Will Haskell was elected a state senator in November 2018 to represent the 26th State Senate District. Born in 1996, he is the youngest member of the General Assembly. State Senator Haskell attended the Westport Public Schools and graduated Phi Beta Kappa from Georgetown University. While a student at Staples High School, Haskell was the president of Staples Players, the after-school theater organization. He currently serves as the Senate chairman of Connecticut's Transportation Committee and was included in Forbes' “30 Under 30” in 2019. One of his first memories of live theater was seeing “Curious George” as a kid at Westport Country Playhouse's old barn.

Margie Jacobson is a nonprofit leader and attorney with legal experience spanning a variety of diverse settings. She is currently of counsel to a boutique law firm advocating for students' rights from birth through post-secondary education, and co-founder of Woman’s Compass Forum, offering innovative financial and legal self-care courses for women. Jacobson previously served on the board of the Westport Country Playhouse from 2010 to 2016. She also serves on the boards of the ADL and the Remarkable Theater. She holds a BA in English from Brandeis University and a JD from Boston University School of Law, as well as mediation skills certification from Quinnipiac University School of Law's Center on Dispute Resolution, and certification as a holistic health coach from the Institute for Integrative Nutrition. She has three daughters and mini-goldendoodle.

The Playhouse’s 2021 season includes two new virtual productions: “Tiny House,” a timely new comedy, from June 29 through July 18, written by Michael Gotch, and directed by Mark Lamos, Playhouse artistic director; and“Doubt: A Parable,” the Pulitzer Prize and Tony Award-winning drama written by John Patrick Shanley and directed by David Kennedy, Playhouse associate artistic director, from November 2 through November 21. Two HD video productions from the Playhouse archives will stream on-demand, beginning with the musical, “Man of La Mancha” (2018), from August 23 through September 5, and another TBA, from September 13 - 26.  All dates, titles, artists, and formats subject to change. All 2021 Playhouse events are listed at:  https://www.westportplayhouse.org/whats-on/

To purchase tickets to the Playhouse’s virtual season, visit westportplayhouse.org, call (203) 227-4177, or email This email address is being protected from spambots. You need JavaScript enabled to view it. . Stay connected to the Playhouse on Facebook (Westport Country Playhouse), follow on Twitter (@WCPlayhouse), and on YouTube (WestportPlayhouse).