SHU Adds Two New Trustees to its Board 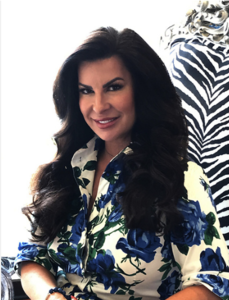 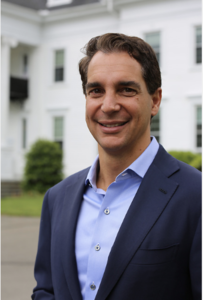 FAIRFIELD, Conn.—Sacred Heart University has two new members on its board of trustees: Julie Bonacio of Saratoga Springs, NY, and Randy Salvatore of New Canaan.

She has received numerous business award, including the title of 2021’s Top Real Estate Executive of the Year from the International Association of Top Professionals. She was one of Saratoga Business Journal’s Top Ten Women in Business, one of Saratoga Today’s Women of Influence and recipient of Albany Business Review’s 40 Under 40 Award.

Additionally, Bonacio serves on the Saratoga Care Foundation board and the Flower and Fruit Mission through Saratoga Hospital. She has played a vital fundraising role for many charities, including Saratoga Hospital Foundation, Saratoga Sponsor-A-Scholar, Saratoga Bridges, the National Museum of Dance, Universal Preservation Hall, Electric City Couture and Equine Advocates.

Both Bonacio and her husband, Alfio “Sonny” Bonacio, serve as chairs of the SHU Parent Council. In 2020, they established the Bonacio Family Scholarship at Sacred Heart.

Salvatore is the founder and chief executive officer of RMS Companies, a building, development and hospitality company with a diverse portfolio of residential, commercial and hotel properties. A graduate of University of Pennsylvania’s Wharton School of Business, he began his company as a commercial sales and leasing broker and evolved into a builder specializing in retrofitting and renovating properties for the business sector. Today, he is an innovative and award-winning developer of single-family homes, townhome communities, luxury apartment buildings and boutique hotels.

Salvatore is the immediate past chair of New Canaan Country School’s Board of Trustees, a past chair of Stamford’s Downtown Special Services District, a corporator of First County Bank and a supporter of numerous charitable and civic organizations throughout Connecticut.

As the second-largest independent Catholic university in New England, and one of the fastest-growing in the U.S., Sacred Heart University is a national leader in shaping higher education for the 21st century. SHU offers nearly 90 undergraduate, graduate, doctoral and certificate programs on its Fairfield, Conn., campus. Sacred Heart also has satellites in Connecticut, Luxembourg and Ireland and offers online programs. More than 9,000 students attend the University’s nine colleges and schools: Arts & Sciences; Communication, Media & the Arts; Social Work; Computer Science & Engineering; Health Professions; the Isabelle Farrington College of Education & Human Development; the Jack Welch College of Business & Technology; the Dr. Susan L. Davis, R.N., & Richard J. Henley College of Nursing; and St. Vincent’s College. Sacred Heart stands out from other Catholic institutions as it was established and led by laity. The contemporary Catholic university is rooted in the rich Catholic intellectual tradition and the liberal arts, and at the same time cultivates students to be forward thinkers who enact change—in their own lives, professions and in their communities. The Princeton Review includes SHU in its Best 387 Colleges–2022 Edition, “Best Northeastern” and Best Business Schools–2022 Edition. Sacred Heart is home to the award-winning, NPR-affiliated radio station, WSHU, a Division I athletics program and an impressive performing arts program that includes choir, band, dance and theatre. www.sacredheart.edu