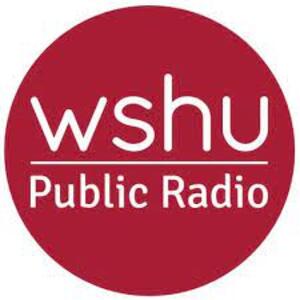 Rima Dael, WSHU’s general manager, describes Still Newtown as “a nuanced, respectful podcast” that honors the victims and survivors of the Sandy Hook elementary school shooting 10 years ago, as well as the town’s residents. “It encourages thoughtful discourse on critical issues such as school safety, mental health and community activism,” she says.

Podcast host Davis Dunavin, a WSHU reporter who covered the tragedy in 2012 for an online news site, developed the podcast in consultation with the town’s longtime newspaper, The Newtown Bee. In this compelling and thoughtful podcast, Dunavin helps the people of Newtown tell their stories the way they want them told.

Examples of podcast episodes include “In the Midst of That Morning,” a preamble to the series that features a mother who lost her daughter, as well as survivors who are now freshmen in college, as they remember the day their lives changed. In “Squeezing the Lemon,” Sandy Hook students go back to the classroom a month after the tragedy in search of a sense of normalcy. Please Care About This shows how two former Sandy Hook students grow to become advocates against gun violence.

The grant money will go toward sound, editing and post-production work by a professional who has experience with trauma-informed communities. The podcast supports WSHU’s mission to “provide our community with carefully researched and insightful coverage of important issues and events,” said Dael.

The Solutions Journalism Network launched the Climate Beacon Newsroom Initiative in partnership with Covering Climate Now and Climate Central. This year-long program will bring together five newsrooms in the U.S. to work individually and collectively to transform their coverage of the changing climate throughout their organizations. WSHU was one of five newsrooms across the country to be selected and awarded financial support.

WSHU Public Radio is a group of not-for-profit, member-supported radio stations, owned and operated by Sacred Heart University in Fairfield, CT, that brings the best in public broadcasting to over 250,000* radio listeners and digital listeners in Connecticut and Long Island. An NPR member since 1984, the station airs highly regarded national programs such as Morning Edition, All Things Considered, Wait Wait…Don’t Tell Me!, and Marketplace; locally-produced classical music; and its own regional news coverage for which it has won five national Edward R. Murrow Awards and scores of other prizes. Its classical music program Sunday Baroque is syndicated and heard on over 200 stations nationwide. All programming is available for streaming at www.wshu.org and for broadcast on 13 radio frequencies.