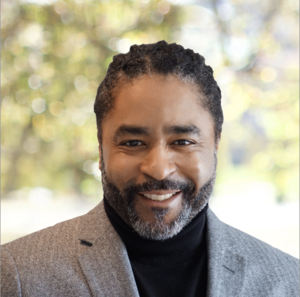 Westport, CT - MoCA [Museum of Contemporary Art] Westport announces the appointment of Westport, CT-based Adam Moore to its Board of Directors.

Moore joins a diverse Board of Directors from across Connecticut and New York, chartered to support MoCA Westport in its mission to build a deeper understanding of, and passion for, the arts by presenting thought-provoking and relevant arts experiences.

Moore is currently the CEO and Co-Founder of the Fairfield, CT-based WHEELHOUSE Center for Health and Wellbeing with his wife Dr. Tegan Moore, Executive Medical Director. WHEELHOUSE is an integrative health center that focuses on multiple aspects of a patient’s health by employing a spectrum of unique professional perspectives.

Originally from Brooklyn Heights, NY, Moore has had a long-standing involvement with and appreciation for the arts.

Moore explained, “Before opening her own advertising agency, my mother was the first Black female industrial designer and designed many common everyday objects such as the first plastic hanger and the Trimline phone. As a result, my childhood was filled with exposure to many notable artists, designers and creatives.”

He was recruited out of Cornell by Time Warner to help design and launch their first website platform, which ultimately evolved into a career as a creative director in advertising. Moore later realized the psychological tools and techniques used to motivate customer spending could be reframed as tools and techniques for personal growth, and pivoted to a career in personal development and cognitive health.

Moore is an ordained minister, a hypnotherapist, a Master Practitioner in Neurolinguistic Programming, a nutritionist, a post-rehab corrective exercise master trainer, and a certified personal coach since 1999.

“Social impact is of extreme importance to me particularly as it pertains to underserved and underrepresented youth populations. Almost every personal project or business venture I engage in has a cause-related aspect to it. Our family motto is ‘Help as many people as you can, whenever you can, wherever you can,’” stated Moore.

“We are so fortunate to have Adam join our Board of Directors — his experience and leadership will serve as significant assets to MoCA as we continue to expand our community engagement and programming,” stated Ruth Mannes, MoCA Westport’s Executive Director.

Moore currently resides in Westport, CT with his wife and two children.

MoCA Westport is a non-profit visual and performing arts organization that has been a cornerstone of the Westport, Connecticut community for over 50 years. In 2019, MoCA Westport underwent a significant expansion in order to bring extensive programming to the local community and greater New York and New England regions.

In addition to hosting contemporary art exhibitions and performing arts events, The Academy at MoCA Westport provides arts classes for all ages.