Opinion: Shifting the Cost of Teacher Pensions to Municipalities is Bad Policy and Precedent 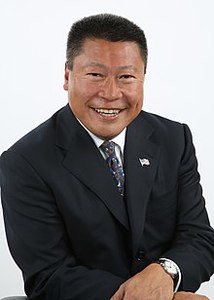 The following is opinion piece was provided by State Senator Tony Hwang, with regard to the cost of teacher pensions in Connecticut:

Since the beginning of the legislative session in January, there have been several proposals from the Governor Lamont and Democratic leaders of the Connecticut General Assembly that have given me serious concern and would place undue financial burden on our local town governments. One of most onerous proposals is the proposed shift of up to one third of the cost of teacher pension liabilities onto municipalities.

My apprehension began in 2017 when then-Governor Malloy constantly proposed the pension transfer to local municipalities in his budget presentations, although it was consistently rejected by bipartisan legislative opposition. The issue was raised again in December 2018 after hearing Governor-Elect Ned Lamont declare that educational funding priorities and allocations will be changing in his upcoming state budget proposals.

I was immediately concerned that we might see something similar to when former Governor Malloy proposed zeroing out education funding in 2017 for 85 towns in a draconian effort to balance the budget.

Since I was first aware of the potential transfer of the teacher pensions payments, I have been fighting hard to oppose it and ensure that, if it were to pass, the town's I represent and many others in Connecticut would be prepared for the worst.

In February, I wrote to local First Selectmen, Boards of Finance and Board of Education in the towns of Fairfield, Westport, Weston, Easton and Newtown preparing them for this possibility when writing their own budgets and encouraged them to voice strong opposition to the transfer of teacher pension payments.

In those letters I outlined three areas of concern including Education Cost Sharing, school construction reimbursement, and teacher pension costs. Luckily, all indications show that the ECS formula will be unchanged after it was overhauled in 2017, and that school construction reimbursement would continue. In a bipartisan letter to Governor Lamont, I asked that his administration oppose any teacher pension transfers and education cost sharing cuts and highlighting that those decision would certainly result in unfair financial burden on local budgets, particularly educational funding.

Since then I have consistently communicated with municipal leaders and with fellow legislators to work to defeat this undue burden the Governor has proposed that is essentially a de facto property tax hike.

Unfortunately, the issue of shifting teacher pension costs remains unresolved. The proposal was first included in writing during Governor Lamont’s budget address in early February where he proposed pushing up to a third of teacher pension costs onto municipalities, an unprecedented move that ignored the unified and vehement objection of municipal leaders throughout Connecticut.

I will continue to fight against bad public policy and an unprecedented cost burden that will have devastating and long lasting impact. As it stands, we do not know exactly what the final budget document would look like, or whether it would include this cost shift. Additionally, I remain strongly opposed to any kind of cost shift that would hurt our cities and towns. Not only is it unfair to pin the state’s financial obligations and pension liabilities onto our municipalities, but it would lead to higher local property taxes in a state that already has an incredibly high cost of living.

Make no mistake, this will affect everyone in Connecticut.