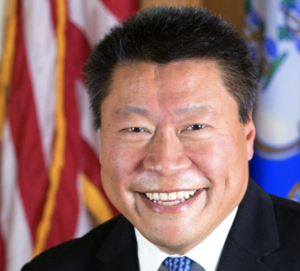 Senator Tony Hwang (R-28) offered the following remarks in support of the bill:

“In a world where we are tethered to the internet through computers and smartphone devices offered by technological and innovative entities such as Apple, Google, Amazon. We are psychologically attached to social media juggernauts like Facebook, TikTok and Twitter. All of which we constantly depend on either actively or passively. Unfortunately, we have learned that our personal data could be resold and used to tag and market by those very ‘trusted’ companies.  It is critical that consumers need to know what information is being collected and how it is being used. For-profit entities, defined in the statute as Controllers, are maximizing their spread and impact by harvesting and selling information that too often is being collected without that person’s knowledge.

“In May of 2018, Europe implemented sweeping rules called General Data Protection Regulation (GDPR) which shook the world wide web globally and began to demand accountability and transparency from these hardware, internet and social media giants. Abuses were identified and penalty fines were issued; Meta Platform which owns Facebook was charged $68 Million over the last three years for their violations of the GDPR and its WhatsApp messaging platform was also fined $255 million, Amazon fined $877 million and Google $68 million.”

“The United States is woefully behind our European counterparts overseas and we have just begun to recognize and adapt to this fast changing data driven ecosystem.  Senate Bill 6 is an important start but far from a comprehensive and complete solution to a dynamic and fast evolving environment. This bill establishes 5 consumer rights protection:

“Measures like Senate Bill 6 will enable the state of Connecticut to be on the forefront of important protections for every person to control and privately maintain their own information and determine who has access. People should know the interconnection between how we use these social networks, online searching and purchasing portals and how it translates into profits for these companies at the expense of personal data privacy. And, most importantly, people should have the right to say ‘NO’, to having their personal information captured or sold,” said Sen. Hwang.

Senate Bill 6 now heads to the Connecticut State House of Representatives for their consideration. The House will need to take up the bill ahead of the session’s adjournment on May 4, 2022.