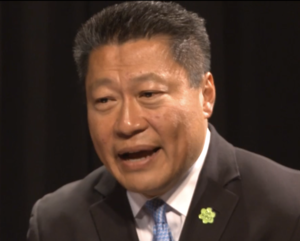 HARTFORD, CT – Senator Tony Hwang (R-Fairfield) released the following statement regarding Connecticut Secretary of the State Denise Merrill’s announcement that she is resigning June 30 to spend more time with her husband, who is facing serious health problems:

"As a former Ranking member on the Government Administration and Elections Committee, I had many interactions with Secretary of the State Merrill during the legislative process. While we may have respectfully disagreed on certain public policies, I always found her to be professional, knowledgeable, personable and kind. I commend Secretary Merrill on her years of dedicated public service, both as a multi-term state representative and as Connecticut’s top elections officer. I wish Secretary Merrill and her family well during this difficult time.”