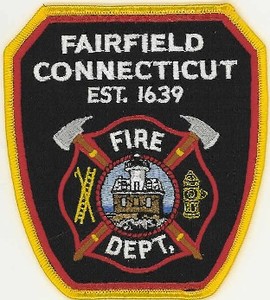 FAIRFIELD, CT: On Thursday evening July 4 at 10:58pm, the Fairfield Emergency Communications Center received a call reporting a structure fire at 4021 Park Avenue. Fairfield Fire Department Engine 3, Engine 2, Engine 5, Engine1, Rescue 1 Ladders 2, and Car 3 responded and arrived on scene at approximately 11:05pm. Engine 3, under the command of Lt. Robert Smith, reported a fire in the rear of a five-unit condo complex. Engine 3 quickly knocked down the fire with the use of a hand line. Assistant Chief Schuyler Sherwood in Car 3 arrived on scene and assumed command of fire ground operations. Units overhauled the fire area to ensure the fire had been contained.

A sleeping resident was awakened by the sound of the fire and quickly alerted her family and called 911 allowing for the quick evacuation and timely response. Had the resident not been awakened this fire would have grown rapidly and the outcome could have had a very tragic ending.

Upon investigation, it was determined that the cause of the fire was the result of illegal fireworks shot off in the immediate area.

The scene was turned over to the Fairfield Police Department for investigation.

The Fairfield Fire Department would like to remind everyone about the dangers of using illegal fireworks and will continue to strictly enforce the State Statute for all those found in violation.