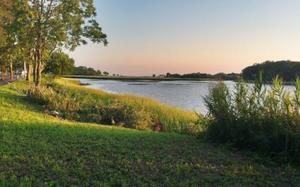 Fairfield Police units spotted the victim underwater from shore and were able to direct Fire Units to the victim in the water. Firefighters entered the water and successfully removed the victim. at approx. 6:24pm. He was quickly transported to the South Benson Marina while fire personnel performed advanced lifesaving procedures. Once at the dock patient care was taken over by American Medical Response and advanced procedures were continued while transporting to the hospital.

The name and age of the victim are unknown at this time.