Details
Published on Tuesday, 22 October 2019 11:41
Written by Town of Fairfield 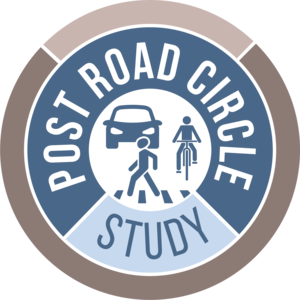 Fairfield, CT - The Fairfield Engineering Department wishes to inform the public that the Town through its grant-funded contractor, Fitzgerald and Halliday, Inc., (FHI) will be conducting drone operations during the afternoon of Thursday, October 24, 2019, weather permitting, as part of its traffic safety study of the Post Road Circle and surrounding area.

Times and locations are subject to change should conditions warrant. In the event of high winds or rain, drone flights will be re-scheduled to the next available day.

Data from the drone flights will be used to analyze traffic movements along this heavily traveled corridor. The Town has received a State grant to identify strategies to create a safe and attractive pedestrian environment, a robust infrastructure for bicycles, buses and other vehicles, and linkages between downtown Fairfield and the neighborhoods, businesses and restaurants situated in the vicinity of the circle. The study will focus on an area of the Post Road between South Benson Road and Shoreham Terrace.

The public is encouraged to participate in a survey and attend an informational meeting concerning the project, which will be held on Thursday, October 24, 2019 at Penfield Pavilion, 323 Fairfield Beach Road, beginning at 7:00PM. The meeting will include a brief introduction of the project followed by small group discussions of problem areas and ideas for solutions. Preliminary survey results will be presented as well.

The project team includes several other organizations in addition to Town and State agencies. The regional planning agency, Connecticut Metropolitan Council of Governments (MetroCOG) which First Selectman Mike Tetreau chairs, will manage the project. In addition to Fitzgerald and Halliday, Inc. (FHI) the team also includes Tighe & Bond. The study is expected to be completed by the fall of next year. For more information about the project, including how to get more involved, visit http://bit.ly/post-road-circle.