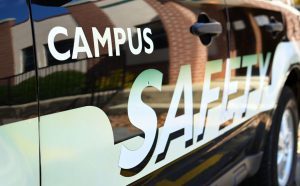 HARTFORD, CT – On Tuesday, March 10, the Higher Education & Employment Advancement Committee unanimously supported Senate Bill 19, "An Act Concerning Sexual Misconduct on College Campuses." If made law, the legislation would establish protections for college students on campus in two ways. SB 19 will establish a sexual misconduct climate survey for use by Connecticut colleges and universities. It would also protect students who report being victims or witnesses of sexual assault, stalking or violence against potential disciplinary action by the college or university they attend.

State Senator Will Haskell (D-Westport) and State Senator Tony Hwang (R-Fairfield) are leaders on the Higher Education & Employment Advancement Committee, Haskell as Chair and Hwang as Ranking Member.  They have both stood in constant support of legislation promoting a safe climate on college campuses and provide additional protections against sexual assault.

“Statistics show the sad truth that public policy must be enacted to provide protections for both victims and reporters of sexual misconduct,” said Sen. Hwang. "College is a pivotal time in a person’s life, and every student deserves to be protected and empowered as they learn and begin to find their place in the world.  This bill not only enacts necessary protections, but enables a tool to collect and communicate data to assess and improve campus climate across statewide.”

“With all we know about sexual assault and misconduct on college campuses, this legislation is long overdue,” said Sen. Haskell. “We need to foster a more welcoming environment on campuses and protect potential victims, and these changes will help achieve that goal.”

Last month the Senators held a press conference along with members of the Every Voice Coalition and the Connecticut Coalition to End Sexual Violence advocate for the legislation and it’s enhancements to campus safety.  When SB 19 went to public hearing, many victims and witnesses to sexual assault voiced their support for the bill, in hopes that these positive changes would prevent future incidents.

Senate Bill 19 establishes a 19-member council to oversee a sexual misconduct climate survey.  This council will be charged with identifying and approving these surveys for higher education institutions so they can really assess campuses’ climate in regards to sexual assault, stalking, and intimate partner violence.  Each higher education will report a summary to the Higher Education & Employment Advancement Committee of the results of each of the questions on the survey and post the campus survey results on its website.

Senate Bill 19 also includes an amnesty provision. It also protects a student or employee that reports or discloses an alleged incident from being disciplined for a violation of their drug or alcohol policy if they report in good faith and the violation didn’t jeopardize the health or safety of another person.

“I will again stand in ardent support for these measures when the bill is handled on the Senate floor," said Sen. Hwang.