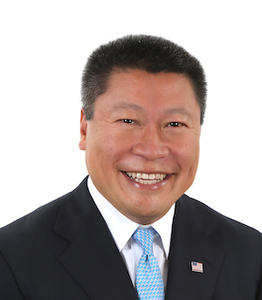 HARTFORD, CT - Following the devastating and debilitating cyber-attack of United States energy infrastructure and Connecticut Department of Motor Vehicles (DMV) functions raised alarming concern about national and state preparedness against online and computer sabotage.  The recent report from the U.S. Secretary of Energy on the shut down and eventual reopening of the Colonial Pipeline that provides critical oil resources for the national economy, Sen. Tony Hwang (R-28) offers the following statement on the hacking and shutdown of the pipeline and the looming potential of future attacks.

“The hacking of the Colonial pipeline presents an existing and pervasive vulnerability in our national cybersecurity. These kinds of demonstrated threats have to be taken seriously.  It is jarring that an internet-based attack from unknown hackers or even more dangerous potential terrorist acts can make such a major impact on access to vital resources critical to our national security and economic functionality.

“What could be next? Military Contractors? Utility Companies? Banking information? Personal financial information? Individuals’ medical data? With so much more happening and dependent on the internet and cybertechnology, there is too much at stake.

“In 2019, as the ranking Senate leader in the Public Safety Committee, I proposed Senate Bill 709 to create a task force dedicated to a comprehensive and cooperative approach to cybersecurity 1) within and across state government including military, judicial and administrative services, 2) through relationships with neighboring states and with the federal government, 3) in coordination with the corporate community and broader business sector, and 4) to protect individual data privacy and application security for Connecticut residents.

“This is an absolutely critical issue for the State of Connecticut and for our nation as a whole. We are constantly under attack, make no mistake about that. We need to create a team of people who are entirely dedicated to the pursuit of a comprehensive cybersecurity ecosystem that includes state and federal government, corporations and small businesses, and our constituents.

“It is in everybody’s best interest to protect our data, proprietary information and national security documents, and the new language in Senate Bill 709 will allow us to study how best to do so. This is new territory. Neither state nor federal government nor the vast majority of the private sector have figured out the best way to protect ourselves from cyber-attack in a comprehensive and cooperative manner, and we are on the forefront of that effort,” said Senator Hwang.

Arthur House formerly served as chairman of the Public Utilities Regulatory Authority, at the National Geospatial Intelligence Agency, the Office of the Director of National Intelligence, and as Chief of Staff to two U.S. Senators. House in his committee testimony in 2019 made the point clear that despite its considerable efforts, Connecticut, like other states, is vulnerable to cyber-attacks and our state government experiences almost five billion probes each month, with two billion being rejected by our current systems.

“SB 709 is important and valuable, because it raises key issues such as centralization versus decentralization and [recommends] what our priorities and management capacity should be,” said House at the public hearing. “Connecticut has a cybersecurity strategy and an action plan, but we do not have a management structure to facilitate them.”