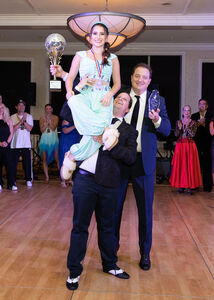 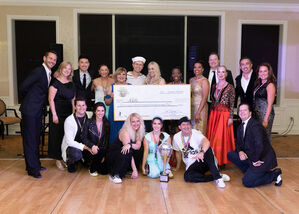 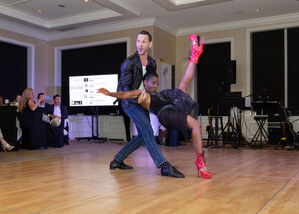 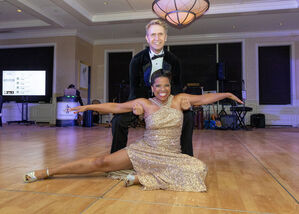 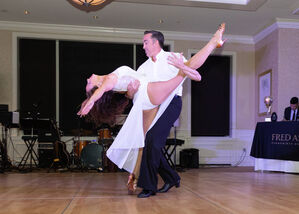 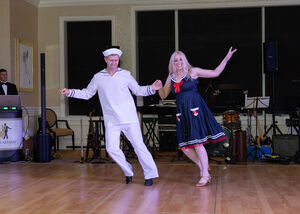 Dancers twirled and tangoed, did the rumba and cha cha cha at the fourth annual Dancing Stars of Greenwich charity dance-off on September 17, presented by Fred Astaire Dance Studio of Greenwich in support of Abilis. Abilis is a  Fairfield County-based nonprofit organization that provides services and supports for more than 800 individuals with disabilities and their families. More than $144,000 was raised for Abilis from the event that will support Abilis’ programs and services throughout Fairfield County.

For the first time ever, the coveted Mirrorball Trophy for best dancer, and People’s Choice Award for top fundraiser, were presented to the same dancer! This year’s double winner was Carly Samalin, age 14,of Greenwich, Connecticut, who was the youngest dancer of the evening. Carly is a Greenwich High School freshman and on the Abilis Youth Board. Carly and her dance partner, professional dancer and Fred Astaire Dance Studio of Greenwich dance instructor Matthew Ames, wowed the judges with their Aladdin inspired dance. Carly won the People’s Choice award as well for her stellar fundraising efforts which raised $34,863 out of the total $144,000 raised!

“What a night of phenomenal dancing at Dancing Stars of Greenwich,” noted Elmar Schmidt, owner and ballroom dance instructor of the Fred Astaire Dance Studio of Greenwich. “All of the dancers were good enough to actually be on the hit TV show DWTS! Carly and Matthew really wowed the audience and brought the house down with their incredible and lively dancing that earned them the Mirrorball Trophy for best dance. Well done by all!”

Master of Ceremonies of the event was Ali Wentworth, co-creator, star and co-executive producer of the Head Case series, former correspondent with the The Oprah Winfrey Show. Celebrity judges included Brendan Fraser, eight-time award winning actor, who has been a big supporter of Abilis and the Dancing Stars of Greenwich event every year; Eric Shoji, DJ and co-host of the TV show Dance It Out on Lifetime Network, and Meg Tolin Piper, Broadway actress (Maria in The Sound of Music, Grand Hotel, Show Boat), stepped in as celebrity judges after Lara Spencer and Billy Blanks Jr., had last minute conflicts.

“What a fabulous evening! All of us at Abilis are so thankful to our community and the Fred Astaire Dance Studios of Greenwich for putting on a spectacular event,” said Amy Montimurro, CEO and president of Abilis. “Dancing Stars of Greenwich charity dance-off is one of our favorite events of the year and the partnership with the Fred Astaire Studio of Greenwich is priceless. Special thanks to all of the amazing dancers who spent months practicing, then fundraising and dancing in support of Abilis.”

Each dancer is paired with a professional partner from The Fred Astaire Studio. Those dancers were: Matthew Ames, Clemens Lengenfelder, Sanja Pavlovic, Christian Perry and Elmar Schmidt.

Those who are interested in supporting the event and Abilis can still donate at greenwichdancingstars.com or abilis.us.