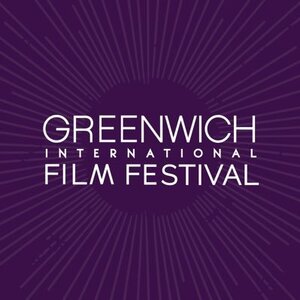 Greenwich International Film Festival (GIFF) announced today the lineup of films for their Social Impact Film Showcase, which will take place from February 18-21, 2021. This year’s virtual Festival will feature ten critically acclaimed films from diverse filmmakers from the US and across the globe. The Showcase will also include a variety of panels, Q&As with cast and filmmakers, as well as an award ceremony for the Best Social Impact Film, presented by Ann Bresnan Young.

GIFF was swift to adapt to a virtual platform for the 2020 Film Festival and this year they are focusing on a carefully curated list of films that celebrate GIFF’s mission to harness the power of film to serve the greater good. The films in this Showcase highlight important issues relating to basic human rights, education, health care and maternal issues.

“We are delighted to share with the community our 2021 virtual social impact film slate which consists of ten wonderful and inspiring films from 10 different countries.  With the pandemic in full force, mounting racial tensions globally and a large part of our audience spending more time at home with their families, film has the power to help us reclaim our common humanity. Additionally, as an all female founded and run festival, we are thrilled that 6 of our 10 films showcased this year are directed by women.  We are very proud of our selection and are so excited for our seventh season,” said Colleen deVeer, GIFF Co-Founder/Director of Programming.

The award ceremony for the Best Social Impact Film will take place virtually on Saturday, February 20 at 5pm EST.  The winner of the Best Social Impact Film will be awarded $10,000 from Ann Bresnan Young.  The winner will be selected by GIFF jurors Ann Bresnan Young, President of the Bill and Ann Bresnan Foundation, Ryan Harrington, VP of National Geographic Documentary Films and filmmaker Eric Heimbold, Owner of Marabou Pictures LLC & Eric Heimbold Studio.

Passes to the virtual Festival are available for $75 at www.greenwichfilm.org.

The films confirmed for the GIFF Social Impact Film Showcase are listed below.  Select interviews are available upon request, pending filmmaker availability.

Asia and Vika are more like sisters than mother and daughter. Young mom Asia hides nothing about her work-hard, play-hard lifestyle, and expects the same openness and honesty from teenage Vika. But Vika is at an age where privacy and independence are paramount, and inevitably begins to rebel against her mom’s parenting style. With two stubborn and opinionated women under one roof, Asia finds herself in new territory and stumbles to achieve a balance between asserting her parental authority and respecting her daughter’s point of view. When health issues lead Vika to be confined to a wheelchair and her need for romantic experiences and sexual exploration becomes more urgent, Asia realizes she must get out of the way so that her daughter can live her life. In her debut feature film, Israeli filmmaker Ruthy Pribar focuses on a pair of Russian immigrants in Israel, candidly exploring the challenges of motherhood and the desires of the differently-abled.

This screening is presented by the Simon & Eve Colin Foundation.

A small town in Serbia. Nikola, day laborer and father of two, is ordered to give up his children to social services after poverty and hunger drive his wife to commit a desperate act. Until he can provide adequate conditions for their upbringing, the children will be placed in foster care. Despite Nikola’s best efforts and several appeals, the head of the social services center refuses to return his children and his situation seems hopeless. But when Nikola discovers the local administration may be corrupt, he decides to travel across Serbia on foot and take his case directly to the national ministry in Belgrade. Against all odds and driven by love and despair, this father refuses to give up on justice and his right to raise his children.

IN THE NAME OF THE LAND (AU NOM DE LA TERRE)

Pierre was 25 when he returned from Wyoming to his fiancée Claire and took over the family farm. Twenty years later, the business has grown, and so has his family. Happy days on the surface, but the debts are accumulating and Pierre is exhausted from work. Despite the love of his wife and children, he gradually sinks. Built like a family saga, and according to the director's own story, the film takes a human perspective on the evolution of the agricultural world over the past 40 years.

This screening is presented by Renée Amory Ketcham, Focus on French Cinema and Alliance Française of Greenwich.

MARVELOUS AND THE BLACK HOLE

A teenage delinquent (Miya Cech) befriends a surly magician (Rhea Perlman) who helps her navigate her inner demons and dysfunctional family with sleight of hand magic. A coming of age comedy that touches on unlikely friendships, grief, and finding hope in the darkest moments.

ROSE PLAYS JULIE is the story of a young woman searching for her biological mother. Set against a backdrop of misogyny, revenge and longing, Rose undertakes a journey that leads her to revelations that are both devastating and dangerous.

A near college graduate, Danielle, gets paid by her sugar daddy and rushes to meet her neurotic parents at a family shiva. Upon arrival, she is accosted by various estranged relatives about her appearance and lack of post-grad plans, while her confident ex-girlfriend, Maya, is applauded by everyone for getting into law school. Danielle's day takes an unexpected turn when her sugar daddy, Max, arrives at the shiva with his accomplished wife, Kim, and crying baby. As the day unfolds, Danielle struggles to keep up different versions of herself, fend off pressures from her family and confront her insecurities without completely losing it.

Working in defiance of a lifelong ban on filmmaking, dissident director Mohammad Rasoulof delivers a piercing drama about a subject he knows well: the costs of living under a repressive, brutal government. Winner of the Golden Bear, the top prize at the Berlin Film Festival, THERE IS NO EVIL is a film in four chapters, each telling a different story related to the death penalty in contemporary Iran. The first story concerns a family man who, as we come to see, pays a grave moral price for his comfortable middle-class life. The second and third chapters focus on conscripted soldiers – in Iran, it is often these men are forced to perform executions – and both segments explore the tension and turmoil that can come with such harsh coercion. The final section involves a family secret, which brings the film to its powerful conclusion. Suspenseful, mysterious, and shot through with a sense of urgency, Rasoulof's work bears the mark of an artist who sets his own terms – and who knows just how to captivate an audience.  THERE IS NO EVIL is a Kino Lorber release.

THE BOY FROM MEDELLÍN

From Academy Award®-nominated and Emmy-Nominated filmmaker Matthew Heineman (Cartel Land, City of Ghosts, A Private War) comes an astonishingly intimate portrait of one of the biggest international music superstars of our time. THE BOY FROM MEDELLÍN follows J Balvin as he prepares for the most important concert of his career--a sold-out stadium show in his hometown of Medellín, Colombia. But as the performance draws ever closer, the streets explode with growing political unrest, forcing the Latin Grammy-winning musician to wrestle with his responsibility as an artist to his country and his legions of fans around the globe. As the public pressure of the approaching concert heightens, behind the scenes Balvin also continues to deal with the anxiety and depression that has plagued him for years. Shot entirely in the dramatic week leading up to the concert, THE BOY FROM MEDELLÍN gives us unprecedented access to the “Prince of Reggaeton,” and provides an immersive look into one of the most pivotal and emotionally charged moments of his life.

CHOCOLATE ROAD is a discovery of where chocolate comes from. Three renowned chocolatiers – Maribel Lieberman, Susumu Koyama and Mikkel Friis-Holm – take us through the process of craft chocolate-making, starting from the plantations and all the way to the final chocolate piece. On their journey, each of them finds how important it is to know the roots of their prime material – the cacao bean, and the social impact of the people involved in the chocolate production chain.

THROUGH THE NIGHT is a cinema verité portrait of three working NY mothers whose lives intersect at a 24-hour daycare center: a mother working the overnight shift as an essential worker at a hospital; another holding down three jobs to support her family; and a woman who for over two decades has cared for the children of parents with nowhere else to turn.

Those who RSVP to this complimentary event will have the opportunity to vote for their favorite Community Champion for a chance to win the Audience Choice Award, which includes a $10,000 grant from The Stapleton Family Foundation.  For more information, please visit  www.greenwichfilm.org.