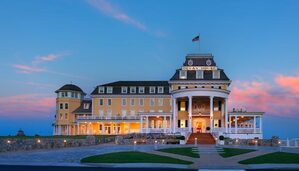 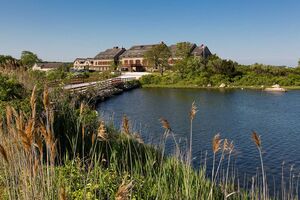 The award will be presented by Peter Malkin, who will interview Royce in a fire-side chat format about his remarkable record in preservation regionally and throughout the country.

The Annual Meeting at the Riverside Yacht Club is open to Greenwich Historical Society members and their guests. For more information visit: greenwichhistory.org/event/2022-annual-meeting/ or contact Laura Kelly: This email address is being protected from spambots. You need JavaScript enabled to view it. or call 203/869-6899 x14.

The David Ogilvy Preservation Award was instituted by the Historical Society to honor major accomplishments dedicated to the advancement of historic preservation.

“It is an honor and privilege to present this award to Chuck Royce for his extraordinary achievements in philanthropy, historic preservation and economic development,” says Peter Malkin, Honorary Trustee of the Greenwich Historical Society and former chairman of its Capital Campaign to Reimagine the Campus. “His generosity and success in the restoration of historic properties and community revitalization are especially impressive considering his 50 years leading one of the industry’s most successful mutual fund companies.”

Chuck Royce and his wife, Deborah, have had a long interest in the restoration and preservation of landmark properties, several of which are in the Westerly, Rhode Island area that they have come to love. In 2003, they purchased the iconic Ocean House, a storied, yet dilapidated Victorian hotel, with a crumbling edifice, dating back to 1868, overlooking Narragansett Bay. Following a meticulous reconstruction that honored the original property, the hotel opened in 2010 as a highly desirable 5-star luxury hotel, now listed on the National Register of Historic Properties. They also restored the nearby Weekapaug Inn, a beloved resort built in the 19th century which endured several punishing hurricanes and a partial collapse prior to a $20 million restoration that the Royces helped underwrite and oversee. In addition, the Royces rebuilt an historic home as a summer retreat in a rural setting bordering Westerly. The Colonel Pendleton House at Avondale Farm underwent a five-year reconstruction that celebrates the honest craftmanship and straightforward design details of the Colonial Revival period popular in the late 19th century.

Other historic properties the Royces have restored include the Deer Mountain Inn in the Catskill village of Tannersville, N.Y. The classic, turn-of-the-century property has stunning views of the mountains, and a luxurious, yet rustic atmosphere in keeping with its heritage. Closer to home, the Avon Theater in Stamford, a cinema that hosts independent and foreign films, was one of the Royces’s first renovation projects. The refurbished cinema has been instrumental in the revitalization of downtown Stamford.

“Chuck Royce is a natural to follow the late David F. Ogilvy, who received the award posthumously last year for his tireless efforts in historic preservation,” says Historical Society Executive Director and CEO Debra Mecky. “We are extremely grateful for Chuck and Deborah’s continued interest in preservation and the years of support they have provided to the Historical Society.”

Mr. Royce is a graduate of Brown University and has a master’s degree in business administration from Columbia University. A longtime trustee at Brown, he established the Royce Fellowship in 1996 to help fund undergraduate research around the world. He is a trustee for the Frick Collection, the Bruce Museum, Berkeley Divinity School at Yale, and the Compass Rose Society. Previous trusteeships include the National Trust for Historic Preservation, Boys and Girls Club of Greenwich, Greenwich Historical Society, New York Historical Society, Christ Church Greenwich, and warden of the vestry of Trinity Wall Street.

Photos:
Ocean House and Weekapaug Inn are from properties’ websites, provided with permission