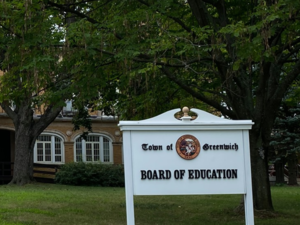 Early today a viral video surfaced that contained footage of a Cos Cob administrator displaying discriminatory behaviors and hiring practices. The video was released by a company called Project Veritas.

“Discrimination of any kind has no place in Connecticut, especially in our public schools. This is not aligned with our Connecticut values. The Connecticut State Department of Education is aware of the incident, has been in contact with Greenwich Public School administrators, and is monitoring the situation’s progress.”

According to News12CT's John Craven @johncraven1 Greenwich Public School District has placed the assistant principal (who was caught on hidden camera) on administrative leave.

Greenwich Time reports that the school district will launch an investigation. This is a developing story.