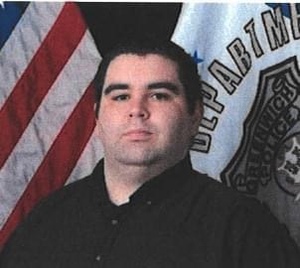 Lead PSTD O'Toole started his career with the Greenwich Police Department on March 10, 2008.  Before becoming a Public Safety Dispatcher, Lead PSDT O'Toole volunteered with the Greenwich Red Cross Chapter.  He was also an avid Boy Scout and served as a long-time member of the Cos Cob Fire Police Patrol.

Chief Heavey commented that "Frank's demeanor during a chaotic incident had a calming effect at the scene for the first responders.  He never was unnerved and was that voice over the radio the emergency personnel needed to hear during a crisis.  He was a kind, courteous, community orientated person.  We all are going to miss him greatly".

Godspeed, thank you for your friendship and service.