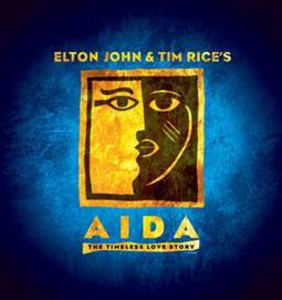 An enslaved Nubian princess, Aida, finds her heart entangled with Radames, an Egyptian soldier who is betrothed to the Pharaoh’s daughter, Amneris.  As their forbidden love blossoms, Aida is forced to weigh her heart against the responsibility that she faces as the leader of her people.  Aida and Radames’ love for one another becomes a shining example of true devotion that ultimately transcends the vast cultural differences between their warring nations, heralding a time of unprecedented peace and prosperity.

“We are thrilled to have Aida in our Mainstage season, said Stephen Ferri, WPPAC Executive Producer. “This show has been one we have wanted to bring to our audiences for years and the shows timeless love story and unforgettable score makes the show a perfect fit to kick off a season.”

ELTON JOHN & TIM RICE’S AIDA is a WPPAC Mainstage Production which is a professional production featuring union and non-union actors from Broadway, national tours and regional theatre across the country. These productions are created from scratch, staffed with professional production teams (directors to designers), large LIVE orchestras and boast high-quality sets and costumes.