Westchester in the Spotlight as HBO’s The Gilded Age Premieres Tonight! 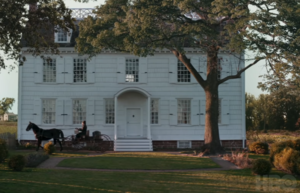 Westchester is in the spotlight with the January 24 premiere of the new HBO historical drama series, “The Gilded Age.”

The new show is set in the rapidly changing world of 1880s New York, during a time of unprecedented industrial growth in America. The story follows the millionaire titans at the upper echelons of New York society engaged in a battle between the nouveau riche and old money. It’s the latest creation from Julian Fellowes, the writer and producer best known for “Downton Abbey,” and a showcase for glamorous costumes and beautiful backdrops — many of right here in Westchester.

County Executive George Latimer said: “It’s no surprise that producers of “The Gilded Age” chose to film in Westchester. We have fantastic locations — including several historically significant sites — and a huge diversity of spaces that can be used creatively to accommodate everything a production needs.”

The story starts with a young Marian Brook, played by Louisa Jacobson, who moves after the death of her father from rural Pennsylvania to live with her rich aunts, Agnes van Rhijn and Ada Brook, acted by Christine Baranski and Cynthia Nixon, respectively. The plot follows Marion as she becomes enmeshed in a social war between one of her aunts, a scion of the old money set, and her rich neighbors, a ruthless railroad tycoon and his wife.

Filming for “The Gilded Age” took place over several months in late 2020 and early 2021. Scenes were filmed on dirt roads and in historic cabins at the Edith Macy Conference Center in Briarcliff Manor, Glenview at Hudson River Museum in Yonkers, Sleepy Hollow Country Club, and inside the mansion and on the grounds at Lyndhurst and Belvedere Estate in Tarrytown. Pace University in Pleasantville was used as a film location and cast and crew basecamp.

Crockett said: “We were committed to an authentic feel and wanted the show to be a New York show, an American show. And Westchester came through for us. We created Manhattan locations of the era including a grand mansion and hotel exteriors, the interior of coffee and cake saloon, a downtown printing press, tavern, and the exterior of a ferry terminal. Westchester offered unbelievable assets and we will be back.”

Filming during the ongoing COVID-19 pandemic presented production challenges that were eased by filming in Westchester, according to Lauri Pitkus, location scout. “On any given day our production involved 150 to 300 people. So, we were not only looking for historic looks but larger properties where we could park our trucks, construct tents for cast and crew operations, and have park-like grounds where we could operate like a campus. Westchester offered flexibility in that we could stay for multiple days, find as many creative looks as possible in one place, and observe COVID protocols.”

All the glamor – and practical benefits too

Westchester County Tourism & Film Director Natasha Caputo said: “It’s a point of hometown pride to see our locations featured in glamorous productions like The Gilded Age. Not only does film activity provide excitement, it’s a great boon for local businesses that welcome cast and crew to their hotels, restaurants, and tourist destinations.”

Lyndhurst, for example, is one of the places open to the public that people can visit after seeing the show. “The period of the Gilded Age is a major part of Lyndhurst’s history and we worked closely with the production team to bring this to life,” said Howard Zar, executive director.  “Our staff has a long history of helping our film industry collaborators achieve their objectives and succeed. Working with the Gilded Age and other marquee productions over the years has been  a positive experience for us. It allows Lyndhurst to reach new audiences in a completely different way.”

Added Crockett: “After especially long days on set, we appreciated having hotels nearby for our cast and crew to stay. We were also happy to source construction materials and equipment in Westchester. The County was very responsive to our needs.”

Latimer added: “Productions like The Gilded Age showcase the amazing assets Westchester has to offer to film and television productions. They also shine a light on the importance of the film industry, which generates $45.7 million in economic impact in Westchester.”

The Gilded Age premieres January 24 at 9pm on HBO.