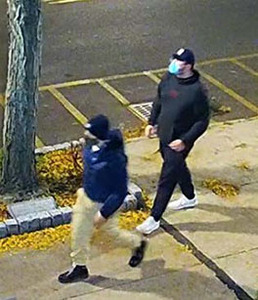 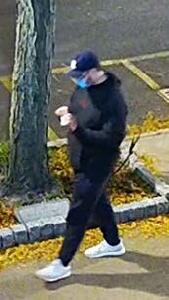 In recent weeks, the jurisdictions listed above have encountered a number of incidents in which stickers carrying white nationalist and white supremacist messages and promoting groups that support these beliefs have been placed in public spaces.

These stickers were found in areas that are home to or frequented by racial and ethnic minorities. We strongly condemn these actions to the extent that they are intended to intimidate and cause fear in our communities.

The Westchester County District Attorney’s Office and police departments around the county are working together to investigate these incidents and all incidents targeting people because of their race, religion, gender, sexual orientation or political beliefs.

The perpetrators of one of these acts were caught on camera, and we are circulating images of them with this statement. If you have information about the identity of these persons, please contact the Sleepy Hollow Police Department Detective Division at 914-631-0300.

The District Attorney’s Office and law enforcement agencies are committed to keeping our communities safe while also respecting the First Amendment rights of all Americans.