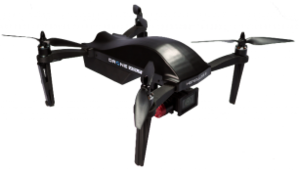 Under the terms of this five-year agreement, Aquiline Drones will take over the global production of two popular and proven drones from Drone Volt’s suite of products, including the Hercules 2 and the highly coveted, Altura Zenith. Aquiline Drones will also be the sole manufacturer of the Pensar smart camera, a multispectral sensor, complete with artificial intelligence and edge computing capabilities.
Further to this collaboration, Aquiline Drones will be the exclusive provider of the Hercules 2, Altura Zenith and the Pensar in the United States, thus filling a much-needed gap in American-made drone products and systems.
“We are delighted beyond measure for this aptly timed and mutually beneficial union with Drone Volt,” said Barry Alexander, CEO and founder of Aquiline Drones. “While we have been in operation for just under two years, we spent almost four years incubating this idea of making Hartford ‘Drone Central’ and the State of Connecticut the ‘Drone Capital’ of the US. Our partnership with Drone Volt has catapulted us to the front of the line with world-class design and unmatched capabilities in the commercial drone space.”
“This contract is a historic step for our group as it turns the largest market in the world into an important profit sector. Over the last months, we have created a strong relationship with the Aquiline Drones’ team, which could lead to additional contracts in the future,” said Sylvain Navarro, CFO of Drone Volt.
The new development comes on the heel of the US Department of Justice’s (DOJ’s) announcement on October 9th, that it has officially banned the use of DOJ funds to purchase or operate any drone from ‘covered foreign’ countries. China is estimated to originate more than 70% of the global share of commercial-off-the-shelf (COTS) drones. This development paves the way for US-based manufacturers of drones, such as Aquiline Drones, to enter an industry growing at 13.8% annually with a potential market of $127 billion.
“Being able to fill the national UAS void with competitively-priced, American-made drone products and supporting 100% US supply chain is a must -  we are extremely proud of this achievement,” said Retired General Brooks Bash, Chief Strategic Advisor at Aquiline Drones.  “What started as a casual conversation between our companies has quickly morphed into a close collaboration of synergies to address the needs of an extremely underserved market worldwide and, principally, in the United States.”
Aquiline Drones’ production process will manufacture 1,300 by the end of 2020 and an expected output rate of 10,000 drones per month by the end of 2021. The company will also add 55 new technical and manufacturing jobs in Hartford by year’s end, with the goal of exceeding 1,000 positions by the end of 2024.
Raza Khanji, Chief Technology Officer (CTO) at Aquiline Drones, will be responsible for the  technology integration with Drone Volt on the combined platforms, artificial intelligence and end-to-end IoT connectivity along with implementing AD’s blockchain infrastructure.  Khanji also heads AD’s Total Planetary Protection (TPP) initiative which includes AD Academy’s novel Flight to the Future (F2F) drone pilot training program, accessed via ADflight.to/future.
As part of the terms of the deal, both companies will exchange 10% of each company’s ownership with the other, an arrangement scheduled to be completed before year-end 2020.
“We believe an exchange in equity strengthens our commitment to each other to ensure we do what we can to move both brands forward optimally,” noted Alexander. “Our partnership with Drone Volt, as a publicly-traded company in Europe, will ensure robust and steady growth for its shareholders, while allowing us at Aquiline Drones access to years of cutting-edge research and development in UAS technology. This union makes both companies more potent than the sum of our parts, allowing for a US-based provider of commercial drone solutions both at home and abroad.”
About Aquiline Drones
Aquiline Drones, LLC (AD) is an American drone solutions and aviation cloud company located in the financial district of Hartford, Connecticut. Founded by highly experienced aviators, systems engineers, IT gurus and business strategists, AD delivers a vertically integrated blend of products and services including a unique aviation cloud for commercial drones, US-based drone manufacturing, ‘maintenance-repair-overhaul’ services for drones, unmanned aerial systems (UAS) solutions for large enterprises and governments, a superior line of Spartacus drone products, a robust UAS training academy, and the country’s first ‘drone-on-demand’ service that enables customers to order drone services through a proprietary mobile app. AD’s full-spectrum of technological solutions are widely applicable across countless industries and environments for superior, real-time data processing and insights. Visit www.AquilineDrones.com for more information.
About Drone Volt
Founded in 2011, Drone Volt is an international leader in the field of professional civilian drones and embedded artificial intelligence with operations in France, Belgium, the Netherlands, Canada, Denmark, the United States, Switzerland and Indonesia. With its 3 brands, Drone Volt, Aerialtronics and Dandrone, the company is always developing more innovative solutions for the energy, construction, civil engineering and security industries for applications such as inspection, surveillance, surface treatment, thermography, search and rescue missions.  Drone Volt’s customers include government administrations and industrial groups such as the French army, the French Ministry of Defense, Engie, Total, Bouygues ES, ADP, the Air Transport Gendarmerie (GTA) and international government agencies.  Drone Volt has been designated as an “Innovative Enterprise” by Bpifrance.  Visit www.DroneVolt.com for more information.
PHOTO: In its new partnership with Drone Volt, Aquiline Drones will take over the global production of the highly coveted Hercules 2 drone design, thus filling a much-needed gap in American-made drone products and systems.