Piloting to Save Lives 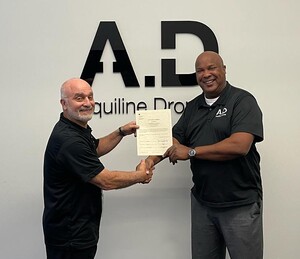 Although the commercial unmanned aerial vehicle (UAV) industry is expected to grow into a $28 billion industry by 2029, there are some business sectors that are still better served by manned aircraft, like airplanes and helicopters.  That’s why Aquiline Drones (AD), an American drone manufacturer and cloud technology enterprise, has spent the past two years establishing an airline division dedicated to the timely transport of human tissue, organs, blood and other time-critical cargo.  The company today announced the culmination of its extensive effort and official formation of AD Airlines after being awarded its Air Carrier Certificate by the FAA on September 16, 2021, which enables AD to commercialize its lifesaving tissue and organ delivery service.