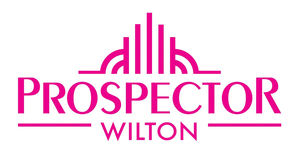 Hello Wilton, it’s a wonderful world! The Prospector Theater & Kimco Realty are proud to announce that the Prospector Theater will be bringing a new first-run movie theater to downtown Wilton, in the space currently occupied by Bow Tie Cinemas. Prospects, and popcorn, and sparkle – oh my!

The Prospector Wilton will be a four screen, non-profit premium movie theater with the mission of employing adults with disabilities in an integrated and competitive work environment. The renovated theater, located in Kimco’s Wilton River Park shopping center at 21 River Road, will bring the sparkle, design, adaptive technology, and accessibility of the Ridgefield location to downtown Wilton. Renovations will begin in September 2020, with an opening near the end of 2021.

A boutique version of the mothership Prospector Theater in Ridgefield, the new theater will offer a wide spectrum of jobs for Prospects (the name of all Theater employees) designed to educate, engage, and entertain audiences of all ages, while employing a wide spectrum of individuals who are traditionally underrepresented in the workforce.

"Another theater brings more awareness of, and appreciation for, our important mission," says Valerie Jensen, Prospector Theater Founder, Visionary, & Executive Director. “Since opening, thousands of people have reached out to us, asking us to build another Theater. We’re so excited to share our sparkle with the town of Wilton and the joys of meaningful employment with a new generation of Prospects!”

There is a national unemployment epidemic for adults with disabilities, with estimates as high as 80% unemployment rate. The Prospector Theater works hard to change that. Over its five years of operation, the Prospector has employed over 250 Prospects, logging more than 600,000 hours of meaningful employment as they break down outdated stereotypes about disabilities, build empathy, and prove that “working is working.”

“With our strong focus on environmental, social and governance (ESG) issues, and diversity and inclusion in particular, Kimco applauds the Prospector Theater’s inspiring and impactful mission,” said Joshua Weinkranz, President of Kimco Realty’s Northern Region. “We’re not only committed to the success of the center, but the entire Wilton community. Prospector Theater is a welcome addition to the neighborhood that will entertain, employ, and hopefully serve as a local favorite for years to come.”

Can’t wait for the Prospector Wilton? Visit the beautiful Prospector Theater in Ridgefield, CT or teleport yourself there through our website and social media accounts.

About The Prospector Theater

The Prospector is a 501(c)(3) non-profit dedicated to providing meaningful employment to people with disabilities through the operation of a first-run movie theater in Ridgefield, CT. Employees of the Theater are known as Prospects, and we are encouraged to sparkle, shine, and transform our passions into professions. Approximately 75% of our workforce self-identifies with a disability, and we are committed to competitive and integrated employment.

Kimco Realty Corp. (NYSE: KIM) is a real estate investment trust (REIT) headquartered in Jericho, N.Y. that is one of North America’s largest publicly traded owners and operators of open-air shopping centers. As of December 31, 2019, the company owned interests in 409 U.S. shopping centers and mixed-use assets comprising 72.4 million square feet of gross leasable space primarily concentrated in the top major metropolitan markets. Publicly traded on the NYSE since 1991, and included in the S&P 500 Index, the company has specialized in shopping center acquisitions, development and management for more than 60 years. For further information, please visit www.kimcorealty.com, the company’s blog at blog.kimcorealty.com, or follow Kimco on Twitter at www.twitter.com/kimcorealty.