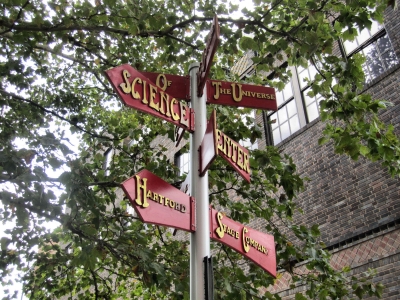 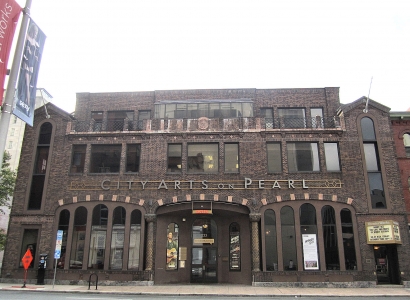 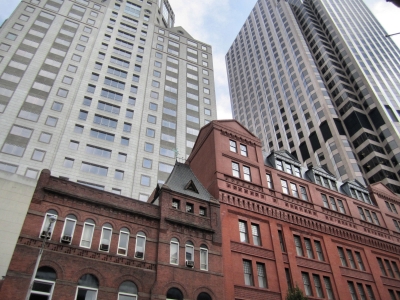 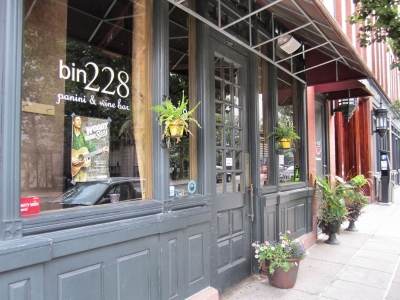 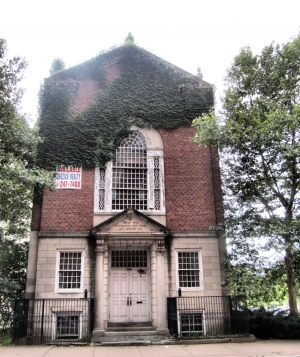 It barely even qualifies as a whole block, but there’s something head-turningly charming about the bit of Pearl Street between Haynes and Ann Uccello.

My first memory of this little strip, which can be walked in about three seconds, is from several years ago. I had come to Hartford for some reason and (as often happened to me when I used to come to Hartford before moving here) found I couldn’t get out. Driving around looking for a highway ramp, I happened to turn on Pearl and saw the whimsical red sign-post near the TheaterWorks building. I recall my thoughts jumping, for a moment, from frustration at the layout of the streets to the particular happiness I only get from seeing a new and promising place. Soon, of course, I had passed by, but it stuck in my mind.

Later, shortly before I moved here, a friend drove me down the street and pointed out the empty building that once housed Ados Israel, Hartford’s last active synagogue. (It closed in 1986 and the narrow Georgian Revival building is now for sale.)

Eventually, as I spent more time driving and walking downtown – sometimes even knowing exactly where I was going – I also noticed and came to appreciate the TheaterWorks building itself, with its traditional brick and Deco lettering; the old Goodwin Hotel and the way it contrasts with the newer construction above and around it; the glimpse through the windows of the EBK Gallery; and the inviting exterior of the wine bar Bin 228.

Many places in Hartford evoke the city’s glorious past, and many others display the various attempts (both good and bad) made over the decades to drag the city into modernity. This little bit of Pearl Street is one of a few areas that blends them perfectly.