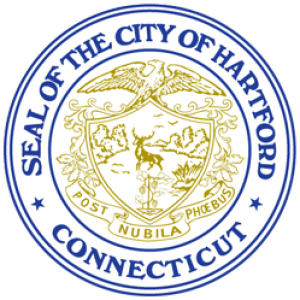 Mayor Pedro E. Segarra announced plans for a municipal identification program that would facilitate access to city services, programs and benefits for all Hartford residents, regardless of race, age, gender, arrest or conviction record, citizenship status or sexual orientation. A Hartford photo identification card allows residents to apply for services such as supplemental nutritional programs, access to the City’s health clinic which is free for the uninsured, food vendor licenses, as well as access to ancillary benefits such as opening bank accounts and applying for housing and employment. Hartford will be one of several cities across the nation to implement a municipal identification program including New York City, San Francisco and New Haven, Connecticut.

To obtain the identification card, proof of identity must be established using a U.S. or foreign passport, driver’s license, birth certificate, military identification card, visa or Electronic Benefit Transfer (EBT) card, among other documents. The documents used to establish identity would have to be current or expired for no more than five years. Applicants must also establish proof of residency through a utility bill, property lease, pay stub, tax refund, or written verification from a homeless shelter, hospital, clinic or social services agency, among other documents. A proposed charge of $15 for adults and $10 for ages 17 and younger would apply per card. An ordinance establishing the program goes before the Hartford City Council on Monday and is scheduled to go to a public hearing May 18, with the program estimated to begin in late September.

“Certain basic needs, like banking and housing, are not easily accessible to everyone and this program can help change that. We are all better off when our neighbors are able to access basic services,” said Mayor Segarra. “A photo ID can serve as a stepping stone for the homeless and formerly incarcerated individuals who are looking for a new start. It can also help undocumented immigrants become more active members of their communities. A city-issued photo ID is intended to give peace of mind, improve the quality of life for all residents, provide access to opportunity, enhance public safety and instill a sense of unity and pride in our Capital City.”

“A municipal ID card will allow people to participate in the local economy, provide identification when needed, and show that they’re part of the greater community,” said City Councilman Kenneth H. Kennedy, Jr. “Allowing children to participate is also an important component of this program, as having a photo ID can be an effective tool in keeping children safe.”

A Hartford City ID would offer an optional debit function and the cost of the program would be covered primarily through transaction fees. All City of Hartford agencies and officers could accept the Hartford City ID as proof of identity and residency. Per the ordinance, the City would not retain copies of records collected from residents during the application process and will not disclose personal information gathered from residents to any public or private entity or individual, including federal, state or city immigration or law enforcement entities unless required to do so by federal or state law.

Many community leaders representing a wide range of agencies and organizations contributed input while the proposal was being developed and have expressed support for the program.