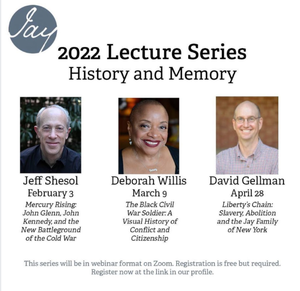 Mercury Rising is a propulsive narrative of the early space race at the time of Sputnik and JFK’s young Presidency, embedded in Cold War politics domestic and international, and a very different American culture of heroes. Shesol is a Rhodes Scholar, creator of a nationally syndicated comic strip, former Fellow at Princeton and the University of California, frequent commentator in print and on TV and radio, Presidential speech writer, and founding partner of West Wing Writers.

Though both Union and Confederate armies excluded African American men from their initial calls to arms, many of those who eventually served were Black. With rare images, handwritten captions, letters, and other personal materials, Willis depicts the lives of Black Union soldiers and other African Americans involved with the struggle. She is University Professor and Chair of the Department of Photography & Imaging at the Tisch School of the Arts at New York University; a MacArthur Fellow; and a member of the American Academy of Arts and Sciences.

Liberty’s Chain explores the contradictions of the Jay family’s attitudes and actions toward slavery over multiple generations. Enslaved and formerly enslaved people living at Bedford experienced isolation, even as members of the Jay family took increasingly radical approaches to law, policy, politics, and advocacy. He is Professor of History at DePauw University, author or co-author of three other books, as well as essays on such disparate cultural icons as James Fenimore Cooper and Bruce Springsteen.