Robert Durst Indicted for the 1982 Murder of Wife Kathleen Durst 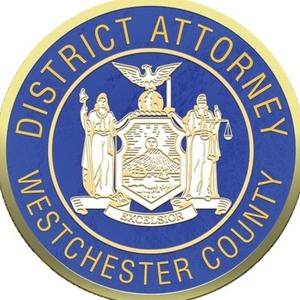 Westchester County District Attorney Miriam E. Rocah announced that Robert Durst was indicted for the murder of his first wife, Kathleen Durst, in South Salem on or about Jan. 31, 1982.

“When Kathleen Durst disappeared on Jan. 31, 1982, her family and friends were left with pain, anguish and questions that have contributed to their unfaltering pursuit of justice for the last 39 years,” DA Rocah said. “The District Attorney’s Office reinvigorated its investigation into Robert Durst just 10 months ago when I took Office, launched the Cold Case Bureau, and dedicated the resources and skill that I thought this case deserved. Thanks to the incredible hard work of our Assistant District Attorneys, the District Attorney’s Criminal Investigators and the New York State Police, we have taken a huge step forward in the pursuit of justice for Kathie Durst, her family and victims of domestic violence everywhere.”

The investigation was handled by the Cold Case Bureau, which was established in January to help work towards solving cases and giving closure to families of homicide victims. Cold Case Bureau Chief Laura Murphy, who is assisted by Chief Investigator Daniel McKenna, leads the Bureau. They work collaboratively with other Criminal Investigators in the District Attorney’s Office, the FBI, the Westchester County Department of Public Safety, and law enforcement agencies from across the country.

“For nearly four decades there has been a great deal of speculation about this case, much of it fueled by Robert Durst’s own highly publicized statements,” DA Rocah said. “An indictment is a crucial step in the process of holding wrongdoers accountable for their actions.”

A warrant has been issued for Robert Durst’s arrest for the murder of Kathleen Durst.

The charges against the defendant are merely an accusation, and the defendant is presumed innocent unless and until proven guilty.